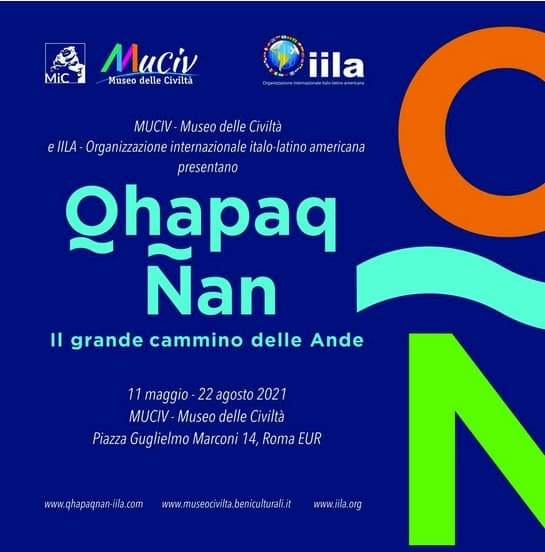 ROME, MAY 6 – The ancient road system of Qhapaq Ñan, built by the Incas with pre-Inca infrastructures as a foundation, is at the center of an exhibition that will open on May 11th at MUCIV, the ‘Museo della Civiltà (Museum of Civilizations) in Rome Eur. The ramifications of this road system cover six South American countries along the Andes, for a total of more than 18,000 miles. The exhibition is organized by IILA (Italo-Latin American Institute) in collaboration with the countries crossed by the path – Argentina, Bolivia, Chile, Colombia, Ecuador and Peru – in collaboration with the Italian Agency for Cooperation (AICS), CIDAP (Centro Interamericano de Artesanías y Artes Populares), ICCROM and CNR, the Italian National Research Council. 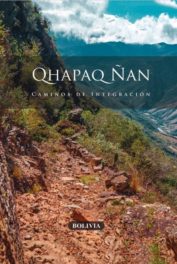 The Qhapaq Ñan road system crosses one of the most extreme geographical areas in the world: from the 19,000-feet peaks of the Andes, through arid deserts and rainforests, on to the coast. The exhibition is an unprecedented and in-depth journey highlighting the traces left by pre-Inca and Inca cultures on the path. Through this extraordinary infrastructure, the Incas ensured a flow of ideas, powers, goods and cosmologies within a vast territory, giving their empire a unitary character.

Included in the UNESCO World Heritage Sites List in 2014, the Qhapaq Ñan has been the subject of study in a wide variety of fields, such as archeology, engineering, history and anthropology. It represents a powerful network of communications among communities, acting as a vehicle for economic and cultural exchange, in the same manner as the great roads of the Roman Empire. (@OnuItalia)