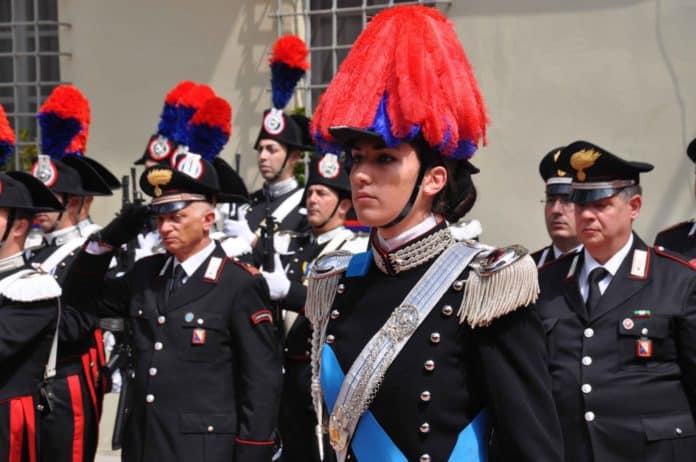 NEW YORK/ROME, JUNE 5 – Celebrating the 207th anniversary of the Carabinieri, Italy’s Permanent Representative to the United Nations, Ambassador Mariangela Zappia, recalled “Italy’s commitment to maintaining global peace and security and their extraordinary example of Courage and sacrifice to the country”. 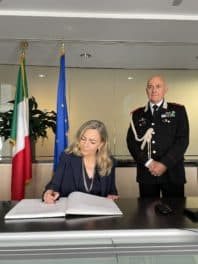 Zappia joined other representatives of Italian institutions, such as President Sergio Mattarella and Prime Minister, Mario Draghi in extending their gratitude to the Carabinieri. Mattarella recalled their valuable efforts over the past 15 months, aimed at contrasting the sanitary emergency that significantly affected the life of the country. The Carabinieri lost 30 of its members because of Covid while 12,000 survived the disease. They nevertheless managed to maintain their 5,500 stations open and operative. Given the current restrictions, the celebration of this 207th anniversary took place in a virtual, symbolic form.

The Carabinieri, a militari force, are the national gendarmerie of Italy who primarily carry out domestic policing duties, but are also involved in fields like the protection of cultural heritage worldwide. As the fourth branch of the Italian Armed Forces, they come under the authority of the Ministry of Defence; for activities related to inland public order and security, they functionally depend on the Ministry of the Interior. Draghi, who presented the Carabinieri with the Gold Medal of Civil Merit, underlined their exceptional sense of self-sacrifice, and how it becomes crystal clear through the work of the Command for the Protection of Labor. This Command works everyday to ensure the compliance with rules established to safeguard employment relationships, work performances, and safety in the workplace.

Minister of Defense Lorenzo Guerini, on the other hand, stressed how “even in the upcoming phase of social and economic recovery, the Carabinieri will be a valuable reference point, as an institution charged with the task of protecting legality”. The Commander of the Corp, General Luzi, also turned his attention to the future: “There is a security to be improved through technology, and a security to be preserved despite technology,” he said, “the commitments of the Carabinieri will be directed more and more towards the virtual dimension, to give efficiency to all its services -to the advantage of the citizens- but also to contrast the hostile use of the internet by criminality, which increased enormously in the course of the pandemic”.  (@OnuItalia)

Italy: with Covid and after, healthy planet must be at center...