NEW YORK, MARCH 28 – “Climate change is happening now and to all of us. No country or community is immune”, the Italian Minister for Environment Sergio Costa said today in front of a high level debate on climate change organized to coincide with the launch of the State of the Global Climate report by the World Meteorological Organization (WMO).

Addressing the General Assembly, Secretary General Antonio Guterres reiterated his call for action, underlining that the alarming conclusion that climate change is accelerating, “proves what we have been saying: climate change is moving faster than our efforts to address it.” Guterres called on Heads of State to attend the next climate action summit in New York on 23 September, and achieve positive change. “Don’t come with a speech, come with a plan,” he said, adding: “This is what science says is needed. It is what young people around the globe are rightfully demanding.”

In his address, Italy’s Costa underscored the need for immediate action and collective ambition to follow up on COP24 commitments for the implementation of the Paris Agreement and the 2030 Agenda for sustainable developments. Among the current initiatives he mentioned the partnerships established with African Countries and Pacific Small Island Developing States (PSIDS) to work hand in hand for the protection of water, renewable energies, sustainable mobility and capacity building on climate change mitigation, resilience and adaptation. In this spirit Costa reminded the General Assembly that Italy has offered to host COP26 in 2020.

WMO said that the temperature rise last year, came despite the agreement by the international community in December 2015 in Paris, to curb carbon dioxide and other greenhouse gas emissions, and to limit global temperature rise to well below 2C. “The time remaining to achieve commitments under the Paris Agreement is quickly running out,” said WMO Secretary-General, Petteri Taalas. Outlining the report’s key findings, Professor Taalas warned of record greenhouse gas concentrations last year, that drove global temperatures towards increasingly dangerous levels.

According to WMO, carbon dioxide levels were at 357 parts per million (ppm) in 1994, rising to 405.5 ppm in 2017. Professor Taalas also described “striking” evidence of record warming from 2015 to 2018, increasing sea-level rise and the loss of sea ice in both northern and southern polar regions.

Noting that extreme weather events have continued into 2019 – most recently with Tropical Cyclone Idai, which caused devastating floods and loss of life in Mozambique, Zimbabwe and Malawi – Professor Taalas said that its victims “personify why we need the global agenda on sustainable development, climate change adaptation and disaster risk reduction”. (@OnuItalia) 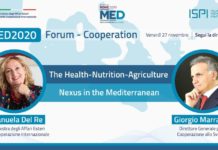