VICENZA, FEBRUARY 20 – While the 18th “Protection of Civilians” Course (POC18) closed yesterday at Center of Excellence for Stability Police Units (CoESPU) headquarters in Vicenza with a graduation ceremony for 28 students coming from 19 different Countries, the Director General of the Center took part in the IATPC executive committee meeting for the 25th annual conference in Lima. The Police Board focused on “Police PK Training & Exercises Interoperability within International Organization & Peacekeeping Centers”.

In Vicenza the 3-week training activity aimed at focusing the attention of the attendees on the Protection of Civilians, which is possibly the most challenging mandate in modern, multi-dimensional UN Peace Operations, resulting in a wide range of comprehensive actions carried out by civil, police, and military components of UN missions. It sought to deter, prevent, preempt and stop violence against civilians, through coordinated strategies.

CoESPU is a Carabinieri center opened to international contribution as a center for advanced studies and a doctrinal hub, serving as a think tank and a training center, set up by Carabinieri in March 2005 as part of an agreement between the Italian Government and the G-8 Nations.

The Center sensitive task is not only to train Peacekeepers – and to prepare them through the Carabinieri-like approach – but also to analyze and develop stability policing doctrine within the UN framework, as well as of other International Organizations. Italy proposed, within the 2004 G-8 Action Plan and in partnership with the U.S. Department of State (DoS), the creation of CoESPU, which was then established in Vicenza.

The CoESPU’s training efforts – through a people and community oriented approach, based on the dual police and military, bi-secular experience of the Carabinieri – are targeted to prepare “Carabinieri-like Peacekeepers”, specialized in managing the transition from a post-crisis situation to a stable environment for reconstruction. For the first five years of activity, up to 2010, the CoESPU’s focus was to train 3000 Formed Police Unit (FPU) Instructors, which, in turn, would train 4500 additional FPU Operators (High Level and Mid Management Courses). In 2010, in order to enhance cooperation, a Memorandum of Understanding between the CoESPU and the United Nations Department of Peacekeeping Operations (UN DPKO) was signed, with the objective of:

Building on this MoU, acknowledging the growing importance of the Police Component as a central element in achieving sustainable peace and security, the CoESPU’s activities, in cooperation with the United Nations Department of Peacekeeping Operations (UN DPKO) and, more specifically, the United Nations Police Division, as well as with other International Organizations, have been focused on improving the capability of Carabinieri-like Police Components, providing comprehensive training in the stability policing field, with a particular emphasis on the “self-sufficiency” of the Police Contributing Countries (PCC). (@OnuItalia) 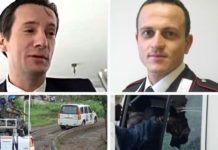 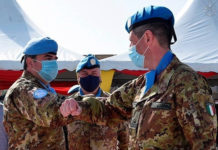 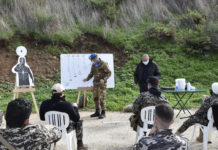