MADRID, DECEMBER 3 –  “Italy is at the forefront at COP25 in Madrid. And the whole world is united to tackle climate change”, Sergio Costa, The Italian Minister for the Environment sent this message on Twitter to the UN Conference on Climate (COP25) which opened yesterday in the Spanish capital. Over 250 thousand delegates, representative of 200 countries, will spend the next 10 days discussing topics like climate, sustainability, the 2030 Agenda, economic measures, the marine environment, air pollution and the Green Deal.

In light of the latest climate strike, organized last week by Fridays For Future, Costa promised that the voice of the youth “will not be ignored“. “We are aware –he added- that their protests are aimed at us, at the choices of international and national politics, but their anger can only be used as a stimulus to act immediately. This is especially true in light of two important international events, at which Italy will be a protagonist: the Meeting of the Contracting Parties to the Barcelona Convention for protecting the marine environment and Mediterranean costal regions, which opened in Naples on Monday, and the COP25 in Madrid, where our country plays a vital role, not only drawing attention to the threats posed by climate change, but also for its efforts to obtain concrete and tangible goals”.

The first side event at the Italian pavilion took place this morning, tackling the themes of capturing carbon, global food security and the stability in the Sahel region. The event hosted professors from the Berkeley University, the oldest and most prestigious university in the state of California, to discuss the consequences of climate change on food, water and energy. Sassoli emphasized that Europe is ready to be a leader in the fight against climate change: “During COP25 we will speak as a single voice in defence of the most ambitious targets, necessary to meet the results that our planet needs. Europe will play an important role but we need all parties on our side. Ambitious targets need to be complemented by ambitious budgets. The transition to a low-emission economy needs to be fair and leave nobody behind“. Sassoli also underlined his belief that a green revolution will yield economic growth and create new employment opportunities. He added “Science is clear, business as usual is no longer an option. The world must do more and do so faster. Last week the European Parliament recognized the unprecedented threat humanity is facing. We declared a state of climate emergency and worked to draft measures to combat and contain this threat. I will carry this message and urge all world leaders to do the same… This ambitious objective will bring about profound social and economic changes. We must guarantee that throughout this transition the competitiveness of our economies will be safeguarded, with strong social measures able to guarantee that nobody is left behind. In Europe, the Green Deal will need to face these challenges“, he concluded. (SB@OnuItalia) 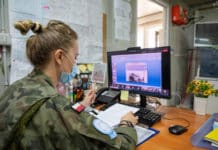