VIENNA, SEPTEMBER 4 – “Sport has the power to bring people together, to break language and cultural barriers, to spread the values of friendship, solidarity and fair competition. But no country is immune, to the risk of corruption in sport. Organized crime tries to exploit sport’s vulnerability to corruption to make profit and to launder money. Criminal networks operate across borders and therefore strengthening the international cooperation of judiciary and law enforcement is a priority”, the Italian Permanent Representative Maria Assunta Accili told an international Conference on Corruption in Sport in Vienna.

Officials representing over 110 Governments, international sports organizations, academia, private sector and media, as well as other stakeholders, attended the two-day conference ‘Safeguarding Sport from Corruption: towards effective implementation of resolution 7/8 on corruption in sport’ on 3 and 4 September 2019. They shared good practices and information resources for tackling corruption in sport and for supporting all stakeholders in proactively implementing resolution 7/8. Michele Sciscioli, Director of Italy’s Office for Sport, illustrated measures taken in Italy to strengthen sport governance to promote integrity while Federico Cafiero de Raho, Italy’s National Anti-mafia Prosecutor, spoke in the first session of the Conference about the legal frameworks and law enforcement measures needed to effectively fight corruption in sport. Cafiero De Raho met yesterday with the Executive Director of the United Nations Office on Drugs and Crime (UNODC) Yury Fedotov: the talks focused on helping foster joint responses to transnational organized crime, in view of the 20th anniversary of the Palermo Convention next year. Fedotov opened the Conference. The adoption of resolution 7/8 by the Conference of State Parties to the United Nations Convention against Corruption in November 2017 was a landmark moment for international efforts to prevent and combat corruption in sport, he said, highlighting the importance of partnerships in addressing this issue: “Building and developing sustainable partnerships is an essential part of our efforts. We value our collaboration with UN and other partners, including UNESCO, ILO, EUROPOL, the Council of Europe, the European Commission and OECD, who are committed to strengthening integrity in sport and tackling other forms of organized crime. Issues addressed at the meeting included legal and law enforcement issues around tackling corruption in sport, raising awareness about partnerships such as the International Partnership against Corruption in Sport (IPACS), advancing gender equality and the empowerment of women in sport, addressing corruption risks linked to major sports events, strengthening governance in sport, and tackling competition manipulation and highlighting ways to stop illegal betting.

“UNODC will look to continue to provide support to officials from Government and sport organizations who are interested in further developing the capacities needed to address corruption in sport,” the Director for Treaty Affairs at UNODC, John Brandolino said during his closing remarks. (@OnuItalia) 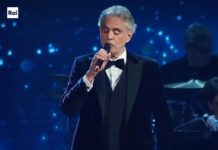 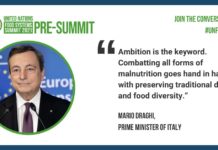 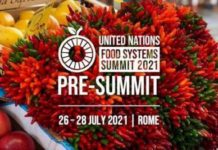