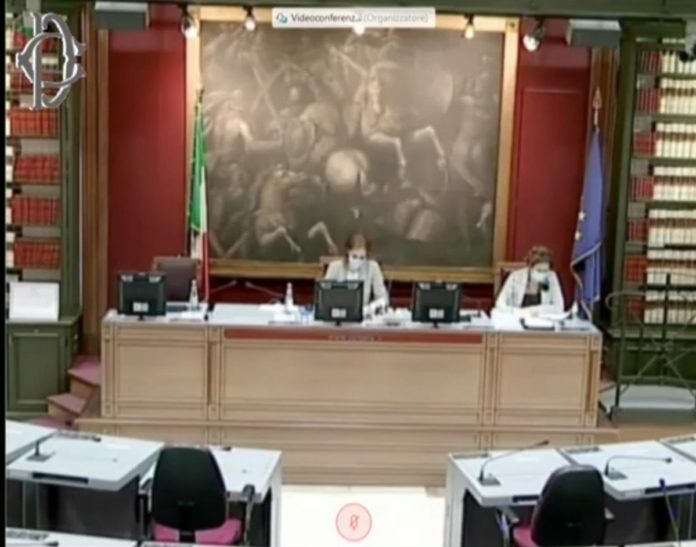 NEW YORK / ROME, MAY 21 – “A player who has always been constructive and open to dialogue, Italy is a frontrunner in the response to Covid-19: as a consequence, we hold, even more in these circumstances, a capital of credibility and authority to spend in order to galvanize an international response”, the Italian Permanent Representative to the United Nations, Ambassador Mariangela Zappia, said during a videoconference with the Italian Parliament on the role of multilateral cooperation in the international response to the Coronavirus.

A united and global response to the COVID-19 pandemic is the only possible way of definitively defeating the virus and laying the foundations for an inclusive and long-term socio-economic recovery, said Zappia.

“In the year in which the organization celebrates its 75th anniversary, the pandemic represents the largest, unprecedented, global crisis that has ever managed since the Second World War,” the Italian Ambassador remarked in a speech broadcasted on webtv. Taking stock of the U.N.’s actions, Zappia compared the paralysis of the Security Council to the way in which the international community activated itself in the General Assembly adopting two important resolutions both of which were co-sponsored by Italy: the first on global solidarity in the response to the virus, the other on international cooperation for access to vaccines, healthcare equipment and treatments. “The goal – added the Italian Representative to the UN – is to arrive to a so-called ‘omnibus’ resolution that integrates the main dimensions of the impact of the health emergency and identifies adequate response policies in the medium and long term”.

Italy, “for which multilateralism is a constitutional value”, has proactively supported the U.N. approach since the beginning of the emergency encouraging an international response based on solidarity, added Zappia. Science, cooperation and solidarity were the central messages shared by the President of the European Commission during the WHO World Assembly as well. The Italian representative to the UN observed that the EU in Geneva has shown that it can take initiatives in a proactive, cohesive and rapid manner by leading a complex negotiation and managing to achieve a consensual result that was not at all obvious. (@OnuItalia)

Logistics Base in Brindisi: Giovanna Ceglie is the first woman director