The 2019 ministerial meeting will provide an opportunity for delegates to collectively generate the specialized capabilities necessary for contemporary United Nations peacekeeping as requested in the United Nations Peacekeeping Uniformed Capability Requirements Paper, with a specific focus on increasing the role of women in peacekeeping.

The Secretary-General will deliver remarks at the opening of the meeting and confer the UN Military Gender Advocate of the Year Award to Lieutenant Commander Marcia Andrade Braga of Brazil, who currently serves in the United Nations Multidimensional Integrated Stabilization Mission in the Central African Republic (MINUSCA).

Created in 2016, the United Nations Military Gender Advocate of the Year Award recognises the dedication and effort of an individual peacekeeper in promoting the principles of UN Security Resolution 1325 on women, peace and security. Angelina Jolie, co-founder of the Preventing Sexual Violence in Conflict Initiative (PSVI), and Special Envoy of the United Nations High Commissioner for Refugees (UNHCR), will deliver the keynote address in the afternoon session. She is expected to highlight the importance of protection of civilians and will call upon Member States to increase the participation of women in peacekeeping operations. (@OnuItalia) 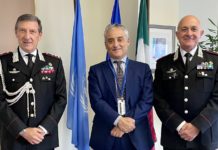 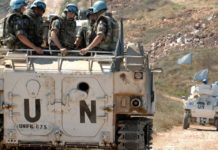 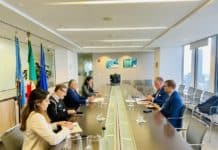