ROME, FEBRUARY 5 – The FAO and FICO Foundation have created a new partnership aimed at shaping public opinion, especially that of youths, regarding eating habits, healthy diets, and the importance of reducing food waste. The partnership’s mission is to tackle malnutrition while still adhering to the Sustainable Development Goals. The three-year agreement was signed by the President of the FICO Foundation, Andrea Segré, and by the FAO’s Vice Director General of Programs, Daniel Gustafson, in Rome. The signing ceremony coincided with Italy’s National Day on the Prevention of Food Waste, celebrated yesterday.

The new partnership will focus on educated and spreading awareness on the importance of sustainable agriculture that respects both the environment and biodiversity. “FAO and FICO Foundation share the vision that educating the public on food, with a focus on youth, and awareness-raising initiatives are key tools in fighting against hunger and malnutrition, achieving sustainable agriculture, promoting the responsible use of natural resources and building a Zero Hunger generation,” said Gustafson. “We are proud to join this worthy initiative of the Food and Agriculture Organization of the United Nations. This partnership will foster our effort in promoting sustainable agricultural production and consumption, as well as building a Zero Food Waste society” said Segrè.

The joint activity will promote healthy and sustainable alimentary and agriculture practices through the production of books and exhibitions intended for children; and public events hosted by FICO’s Eataly World on food security, nutrition, and food waste reduction. Additionally, the partnership will play an active role in initiatives surrounding World Food Day (October 16) and the UN Decade of Family Farming (2019-2028).

Both organizations will also work together to promote the Bologna Award, an award adjudicated in part by the FAO.

The FICO Foundation (which stands for Fabbrica Italiana Contadina) is better known for Eataly World, the largest agro-alimentary park in the world, occupying an area of more than 100 thousand meters squared. With a focus on youth, the FICO foundation’s mission is to promote alimentary education, research, responsible consumption, sustainable agriculture, and the Mediterranean diet to a heterogeneous and global public. The University of Bologna, University of Trento, the Centro Agroalimentare di Bologna (CAAB), the City of Bologna, and the Italian Ministry of the Environment are just some of the members and partners that make up the FICO Foundation. (@OnuItalia) 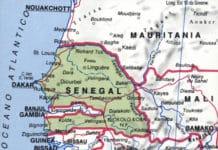 Cornado: human rights are central to “build back better” after...