NEW YORK, FEBRUARY 5 – On February 6, 2019, the International Day of Zero Tolerance for Female Genital Mutilation, the guerrilla media movement #Dysturb partnered with UNFPA, the United Nations sexual and reproductive health agency, to present “Female Genital Mutilation: 68 Million Girls at Risk”, an exhibition of photographs at the United Nations headquarters and of mural-sized paste-ups in the streets of New York City. As one of the countries on the forefront of the campaign to eradicate this practice, Italy is co-sponsoring the exhibition. Open until March 25 at UN Headquarters, “68 Millions Girls at risk” covers the geographical scope of FGM, too often thought to be limited to some regions of the world (also in Italy at least 30,000 girls are at risk), whilst simultaneously giving space to those who speak out – girls, survivors, activists, educators. Through this pioneering intervention that sheds light on female genital mutilation as a violation of human rights and encourages the international community to end this harmful practice, the partnership is working for a successful and sustainable elimination of FGM. Some of the images are being pasted as murals in several locations in New York, from Manhattan to Brooklyn, to raise awareness and encourage action regarding FGM and to present a compelling argument for its abandonment. The Italian Permanent Representative to the UN, Mariangela Zappia, addressed the opening of the exhibition, in which the works of Italian photographers – Riccardo Venturi, Giacomo Pirozzi, Simona Ghizzoni, Laura Salvinelli – are on display. “Italy is among the Countries having a national law banning FGM which is considered an example of best practice in the fight to eradicate these procedures and prevent them. The protection of women’s and girls’ rights is a priority for us”, said Zappia: “We are committed to increasing understanding of the phenomenon and creating stronger protection mechanisms for FGM prevention, also through advocacy and awareness-raising campaigns”. On the International Day of Zero Tolerance, the Italian Foreign Ministry reaffirmed its staunch commitment to eradicate this unacceptable practice, which deeply violates the rights and health of women and girls. The struggle against Female Genital Mutilation (FGM) has long represented a priority in Italy’s foreign policy – both in development cooperation and at multilateral level – and it will be further enhanced under the mandate that our Country will exercise at the United Nations Human Rights Council (UNHRC) for the 2019-2021 period, the Ministry stated in a press release.

In the year that has just closed, Italy also assumed the responsibility of negotiating the European Union’s position within the UN in the adoption of the biennial thematic Resolutions on the General Assembly and the Human Rights Council. Italy has already fulfilled this role in the past. Today, in Geneva, Italy co-sponsored an awareness-raising event and debate organised by the United Nations agencies active on this theme (UNFPA, UNICEF, UN Women, OHCHR and WHO). The initiative focused on how to translate policy decisions into concrete actions aimed at achieving the zero tolerance objective on female genital mutilation by 2030.

“It’s important to translate words into actions and this is why Italy continues to promote and support multilateral and bilateral projects (for about 20 millions of Euros in the last ten years) in countries where the practice of FGM is still widespread”, the Italian Permanent Representative to the International Organizations in Geneva, Gian Lorenzo Cornado, said. “we do a lot, but it’s not enough”, added the Ambassador, stressing that the target 5.3 of the 2030 Agenda, which specifically focuses on the elimination of all harmful practices, including FGM and child, early and forced marriage, is rapidly approaching. (@OnuItalia) 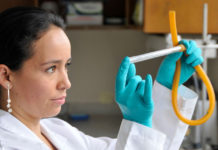