NEW YORK, OCTOBER 6 – Sustainable Energy for All (SEforALL) announced on Monday that Francesco Starace, Chief Executive Officer and General Manager of Enel S.p.A., has been appointed Chair of the SEforALL Administrative Board.

SEforALL is a non-profit international organization that works closely with the United Nations to accelerate and deliver at scale the solutions needed to achieve Sustainable Development Goal 7 (SDG7) – access to affordable, reliable, sustainable and modern energy for all – by 2030.

With less than 10 years to meet SDG7, and with increasing urgency for the world to get on track to meet the Paris Agreement climate goals, SEforALL’s role in driving a global clean energy transition has never been more important. Mr. Starace, who has been CEO and General Manager of Enel, one of the largest utilities in Europe, since May 2014, begins in the role with immediate effect.

Speaking on the announcement, Elizabeth Cousens, Vice-Chair of the SEforALL Administrative Board, and President and Chief Executive Officer of the UN Foundation, said: “Francesco is a visionary energy leader with a long track record in  driving business ambition around climate action, sustainability, and energy access for hundreds of millions of  people around the world who lack it . With SEforALL’s unique mandate from the UN to drive SDG7 action in line with the Paris Agreement, his leadership can help support the organization go even further and faster to achieve our goal of universal energy access.”

As Chair of the Administrative Board – the principal governing body of the organization – Mr. Starace will help shape strategy and operations for the organization at the highest levels. Mr. Starace currently also serves as a member of the UN Global Compact Board of Directors and the Global Commission to End Energy Poverty. He previously served as a member of the former SEforALL Advisory Board and President of Eurelectric, the European association for the electricity industry.

“Energy must be at the heart of the global agenda to lead the world on a more sustainable pathway, focusing multi-stakeholder action especially on renewables and energy efficiency, which are key for delivering on the goals of energy access and climate mitigation”, said Starace: “I am very proud to join SEforALL and to support its efforts for the clean energy transition and to work together toward achievement of SDG 7”. (@OnuItalia) 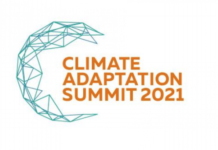 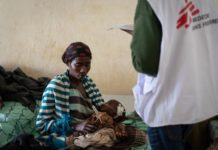 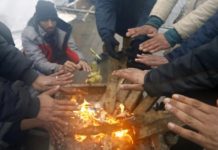