NEW YORK, 23 DECEMBER – United Nations Secretary General Antonio Guterres announced the appointment of Georgette Gagnon of Canada as his new Assistant Secretary-General, Resident Coordinator and Humanitarian Coordinator for Libya. Gagnon succeeds Yacoub El Hillo of Sudan, who will complete his assignment on 5 January 2021. The Secretary General said that he is grateful for his distinguished service in support of the mandate of the United Nations Support Mission in Libya (UNSMIL).

Gagnon brings to the position over twenty-five years of experience leading and implementing strategic initiatives on human rights, humanitarian action and development and coordinating multi-disciplinary teams in conflict and post-conflict countries.

Most recently, she served as Director of Field Operations and Technical Cooperation in the Office of the United Nations High Commissioner for Human Rights (OHCHR), where she led the substantive and operational work of the Office’s 94 field presences around the world. From 2010 to 2015, Ms. Gagnon was the Director of Human Rights for the United Nation Assistance Mission in Afghanistan (UNAMA) based in Kabul. Ms. Gagnon has also served as a director and senior adviser on protection of civilians, human rights and the rule of law to the United Nations, the Organization for Security and Cooperation in Europe, national governments and non-governmental organizations. (@OnuItalia) 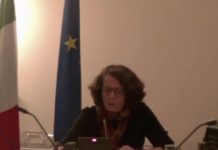 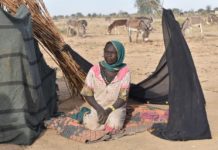 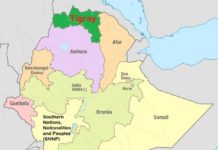