NEW YORK, DECEMBER 21 – Today’s conflicts are more complex, longer and intractable, and given their changing nature it is necessary to “rethink our approach to how we work and how we work with others,” Secretary General António Guterres told the United Nations Security Council on Wednesday. “The perils of nuclear weapons are again front and centre, with tensions higher than they have been since the end of the Cold War,” the Secretary General told an open debate of the Security Council in a speech in which he noted that the average length of a conflict today has risen to twenty years and longer.

At the same time, Guterres outlined threats emanating from the impact of climate change, transnational crime, protracted conflicts, frustration and marginalization fuelled by inequality, as well as the challenges from cyberspace. “Cybersecurity dangers are escalating, as some of the same advances in technology that have generated so many gains have also made it easier for extremists to communicate, broadcast distorted narratives of grievance, recruit followers and exploit people,” he added.

In his remarks, Mr. Guterres underlined that addressing these challenges requires more coherent, coordinated and context-specific efforts on the part of the international community. Prevention of conflict also has to be the focus of all initiatives, he noted, stressing: “It avoids tragic human suffering and it even saves money.”

Addressing the Council in the last day of Italy’s mandate, the Italian Permanent Representative Sebastiano Cardi remarked that this Open Debate allows to reflect on how the Security Council, especially this year, has recognized, in many instances, the interconnected nature of multiple challenges to international peace and security – from terrorism to extremism, transnational organized crime, trafficking in persons, to grave violations of human rights, massive displacement, humanitarian crises and the increasingly adverse effects of climate change – and their role as drivers and multipliers of conflicts. It also concurred on the need to address them in a comprehensive and integrated manner.

Cardi summed up the philosophy that inspired the 12 months of the Italian mandate: “Addressing the root causes of conflicts must remain our priority, if we want to prevent conflicts from emerging or recurring. During our Presidency, the Briefing on Security Challenges in the Mediterranean region highlighted the nexus between peace, security, socioeconomic development and human rights, as wells as the urgent need to put people’s needs and rights at the center of our action. Protection and empowerment of people are key to build resilient and inclusive societies, in line with the 2030 Agenda and the Sustaining Peace Agendas”, said the Italian delegate calling for a broader and preventive use of the entire toolbox at the UN disposal is essential to allow an early engagement of the Council in situations that may escalate or relapse into conflict and to define a preventive action by the United Nations’ system as a whole.

In this regard, Cardi recalled two recent, important initiatives undertaken by Secretary-General Antonio Guterres, in line with art. 99 of the Charter: his letters on the Four Famines and on the situation in Rakhine: “We encourage him to fully exert this prerogative whenever it is needed”. 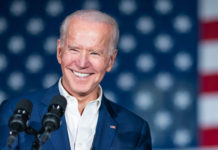 Italy pledged to increase its contribution to CERF