PARIS, JANUARY 18 – “In Search of the Last Music”, a documentary by director Alexandre Valenti, which celebrates women and men who went on composing music in camps and ghettos and the man who tracked and preserved their work, Italian musicologist Francesco Lotoro, will be shown on January 24 at UNESCO during this year’s International Day of Commemoration in Memory of the Victims of the Holocaust.

Events marking the commemoration will take place at the Organization’s Headquarters from 24 to 26 January, ahead of the official Day, 27 January, which is the anniversary of the liberation of the concentration and extermination camps of Auschwitz-Birkenau. The choice of Valenti’s documentary is particularly significant, in view of the tensions between Israel and the UN agency after a draft decision that Israel says ignores Judaism’s ties to the religion’s holiest site.

“Last Music” (the Italian title is “Maestro”) is the story of a two decades journey which brought Lotoro, a professional pianist from Barletta, to search all over the world for music composed clandestinely in World War II concentration camps. Aided by his wife and a handful of friends, Lotoro has archived over 4000 scores, including symphonies, operas, folk songs, liturgical works, and also swing and gypsy music. From Prague to Krakow, from Rome to Paris, this is the astonishing story of a race against oblivion, where each note sounds like a challenge to the oppressor.

Every year around this date, UNESCO commemorates the genocide perpetrated against the Jewish people and other Nazi crimes, reaffirming its commitment to promote education about the history of the Holocaust, and fight racism and antisemitism.

The theme of this year’s commemoration, Educating for a Better Future: The Role of Historic Sites and Museums in Holocaust Education, will be the subject of a keynote address (26 January, 3 pm) by Serge Klarsfeld, UNESCO Honorary Ambassador and Special Envoy for Education about the History of the Holocaust and the Prevention of Genocide. It will be followed by a round table discussion with Piotr Cywiński, Director of the Auschwitz-Birkenau State Museum (Poland), Jacques Fredj, Director of the Shoah Memorial (France), Dorit Novak, General Director of Yad Vashem, the World Holocaust Remembrance Center (Israel), and Agnès Sajaloli, Director of the Memorial of the internment camp of Rivesaltes (France). It will be moderated by historian Jean-Yves Potel.

The debate will focus on the challenges facing historic sites of massacre and persecution, memorials and museums, and examine their testimonial and educational functions, which are growing in importance in view of the declining number of survivors of the Nazi’s crimes.

Relics bearing testimony to Nazi violence will be featured in an exhibition of objects excavated near the crematoria of Auschwitz-Birkenau, which were lost during half a century and only recently rediscovered by the Auschwitz museum. The display of the last personal effects people had managed to keep up to the time of their execution will be inaugurated by the Director of the Auschwitz-Birkenau State Museum and Irina Bokova, Director-General of UNESCO (26 January, 2.30 pm, open to the public until 17 February).

An Official Ceremony will close the Day of Commemoration (26 January, 7 pm), with a concert by world-renowned musicians Martha Argerich (piano) and UNESCO Goodwill Ambassador Ivry Gitlis (violin). The ceremony will also feature a personal testimony by Raphael Esrail, President of the Union of Auschwitz Deportees, and a reading by actress Anne-Catherine Dutoit of texts written by Holocaust survivor and Nobel Peace Prize laureate Elie Wiesel. (@alebal) 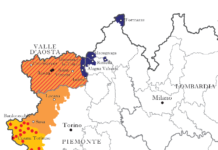 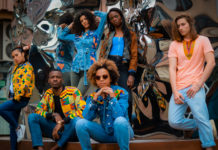 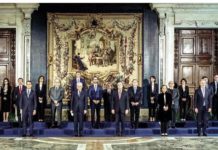 Snapshots From The Borders: a Lampedusa i tre documentari vincitori, istantanee...