BRUSSELS, OCTOBER 23 – The European Space Agency and its Member States are committed to contributing to the United Nations’ Sustainable Development Goals of securing peace and prosperity for people and the planet now and in the future. Non-governmental organisations (NGOs) play a major role in alleviating poverty, promoting social inclusion and assisting during war or natural disasters. ESA and several NGOs are looking at how investments in space infrastructure and technology can be developed as a key tool for humanitarian action.

One of these pioneering NGOs is the Genoa based Helpcode, which promotes child protection, gender equality, education and nutrition, while providing emergency aid as well as access to clean water and sanitation in eight countries. The Italian organisation has improved the lives of about 700 000 children in its 30-year history and partnered with UK-based GMV Innovating Solutions via ESA Business Applications to develop space products and supporting services that increase efficiency and transparency in humanitarian aid.

In 2017, Helpcode set Libya as a priority for humanitarian intervention. After entering a second civil war following elections in 2014, the North African nation of 6.4 million inhabitants now has about 1.3 million people in urgent need of assistance, many of whom are young children. Many migrants are stopped by the Libyan coast guard en route to Europe and placed in detention centres. Thanks to the ESA-supported Big Data for Migration project, Helpcode is now able to use images from Airbus and other commercial providers to monitor aid deliveries to these people.

“We discussed the involvement of remote sensing in Libya because of severe access restrictions to the country,” says Valeria Fabbroni, director of programmes at Helpcode. “Because of the fighting, there is not enough security to move staff around and do proper monitoring. Remote sensing allows us to track delivery of aid to the detention centres, so this is how our discussions with GMV and ESA began.”

With the help of a grant from the Italian government, Helpcode provides basic non-food items to these migrants via truck deliveries, which are verified in high-resolution satellite images provided through GMV’s contract with ESA. This evidence has been useful in supporting donor confidence by rebutting the claims of some Italian media outlets that expressed scepticism about NGO funding reaching migrants in the form of aid deliveries.

Satellite technology also allows Helpcode to ensure the safety of its staff on the ground through the GINA GO application, developed in the Czech Republic. The app tracks vehicles and personnel in order to manage activities remotely. Staff members also have access to a ‘panic’ button within the app if they encounter physical danger, and they can also upload photos of truck deliveries directly to this satellite-based system.

In addition, Helpcode uses Earth observation capabilities to monitor illegal detention centres that militias have set up in Libya for migrants coming from sub-Saharan Africa along the so-called central route. With information on the locations of these centres, provided by GMV, Helpcode can assist people who are at an earlier stage of migration to avoid risk of capture and abuse.

“Illegal detention centres are an enormous humanitarian emergency,” Valeria says. “Our role in this regard is not to provide aid, but rather to inform and protect. This is vital because nobody is allowed to enter these detention centres to help these people who are held against their will.”

Mozambique is another priority country for Helpcode; the NGO has been active in the southeast African nation since 1988 and was on the ground when Cyclone Idai struck in March 2019. It was the strongest cyclone on record in the Southern Hemisphere, killing more than 800 people, devastating much of the country, and leaving around 1.5 million children in urgent need of assistance in Mozambique, Malawi and Zimbabwe, according to UN estimates. Hurricane-force winds and heavy rains followed six weeks later when Cyclone Kenneth came ashore.

GMV used imagery from the Copernicus Sentinel satellites to assess the damage to agriculture – including the amount of soil washed away by the storm – and to infrastructure such as buildings, bridges and water wells. This data helped Helpcode staff restore access to clean water and sanitation for the local people and restart agricultural production in areas less affected.

“Idai damaged an already fragile country,” Valeria says. “With information from satellites, we were able to set priorities and give instructions to our people on the ground. This should be a model applied in every natural disaster because it offers accurate data that are easy to read.”

Helpcode now has plans to use satellite imagery to help identify minefields in Libya as previously done in the ESA-led SAFEDEM project, among others. The Italian organisation also aims to launch an aid initiative in Yemen, where 80 percent of the population currently needs urgent help in the world’s biggest humanitarian crisis.

Public-private partnerships with organisations such as GMV and Helpcode boost the effectiveness of humanitarian aid, while providing safer assessments of emergency situations. NGOs can also provide feedback on ESA applications and technologies, both in the field and before they are developed. With these advantages, Helpcode can now channel the appropriate resources to the people who need it most. (@OnuItalia) 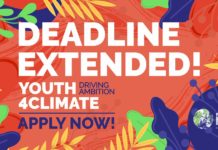 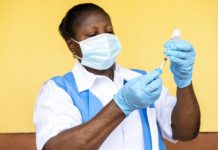 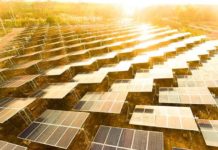