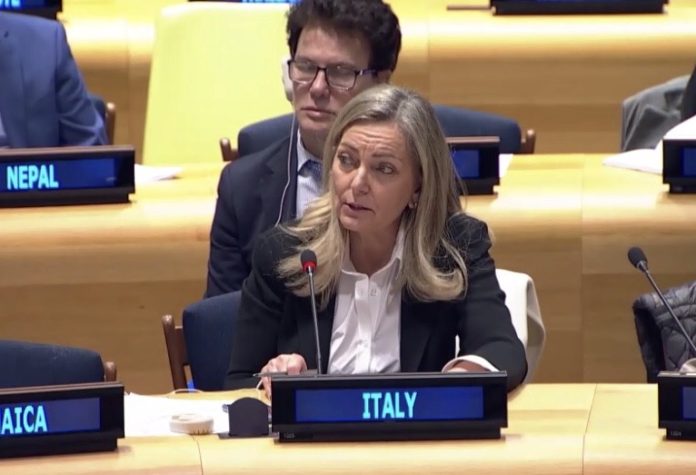 NEW YORK, FEBRUARY 24 – “We are aware that the progress achieved must never be taken for granted. It is constantly under attack and needs to be nurtured every day. While hitting the most vulnerable and marginalized people, the COVID-19 pandemic has brought to the fore some instances that demand our attention more than ever: the right to health, which includes ensuring fair and equitable access to COVID-19 vaccines to people in all countries, and the right to a clean, safe, healthy and sustainable environment,” said Ambassador Mariangela Zappia, Italian Permanent Representative to the United Nations in New York, adding that Italy “supports it in its entirety” the call to action launched by the Secretary General one year ago.

Zappia spoke at the General Assembly in response to the Secretary General’s report on the status of implementation of his global call for the protection of human rights, which in the pandemic suffered a backdrop: “Your call to action was a timely initiative -noted the Ambassador- that Italy, as an active member of the Human Rights Council, had the privilege to welcome since the very beginning”.

Zappia opened her speech to the Italian Ambassador to the Democratic Republic of Congo, Luca Attanasio, the Carabiniere Vittorio Iacovacci, and their WFP driver, Mustapha Milambo, who were killed while on their way to visit a school support program funded by Italy in a remote region of the country. They were “assassinated while precisely on a mission to protect human rights, the right to food, the right to education,” explains Zappia, “I wish to remember them here today. They were the embodiment of what action for Human Rights means. They paid the extreme sacrifice”.

The Italian representative furthermore noted that “fighting against all forms of discrimination, and carrying out initiatives to safeguard human rights,” are the objective upon which Italy’s multilateral commitment is founded, “On the same principle, Italy is developing its action as presidency of G20, the Co-presidency of CoP26 and with the organization of the World Health Summit in May together with the European Commission”.

Zappia underlined how “promoting gender equality, women’s empowerment and fighting against all forms of gender-based violence are high on our agenda, and Italy is thoroughly engaged to make sure the upcoming CSW provide a solid occasion to be ambitious. Restrictive measures adopted by Governments in response to the pandemics led to an increase in sexual and gender-based violence against women, in particular domestic violence. Italy has been working with determination ever since, strengthening the efforts to prevent and combat all forms of violence against women, also by ensuring that a gender-responsive approach is applied in designing the national response to the health emergency”. (@OnuItalia) 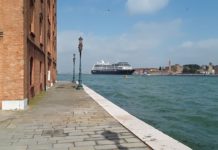