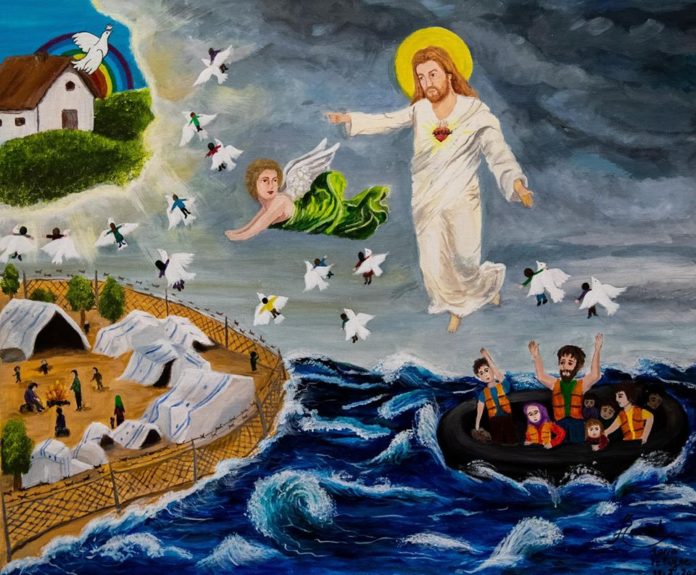 ROME, JULY 17 – Ten refugees, originally from Afghanistan, arrived on Thursday in Rome thanks to the first “humanitarian corridor” to open after the time of lockdown. Two families who have been waiting months in Lesbos for this opportunity, suspended earlier in the year because of Covid-19, landed at Fiumicino Airport.

The Lesbos initiative was originally launched with the visit of Pope Francis to the Greek island in 2016. The Community of Sant’Egidio in Rome and the Apostolic Almsgiving of the Holy See kept the project alive.

The humanitarian corridors – said Sant’Egidio’s Andrea Riccardi – are the result of a large synergy, between people of good will, institutions and associations. Moreover, they show that in Italy there is a widespread sense of solidarity – also proved by the favor with which the regularization of the migrant workers is moving along.

Life of refugees in Lesbos has dramatically worsened due to the pandemic. The suspension of all movement between states, blocked to prevent infection, has trapped refugees who would have had the right to leave increasingly overcrowded camps.

Riccardi, in his address speech, remembered the first meeting with some of them in Lesbos, where he had been welcomed in the tent where they lived: “You have not been forgotten”.

A family brought with them a painting depicting angels. Razieh, the mother, in a letter, explained that “refugees living in Moria experience very difficult and frightening situation: they have no fundamental rights – those required for living – they are depressed, without hope, and no way to return or to move forward! If there were divine prophets in this century, what would they say to people of faith? Did humanity die in this world? These were the questions I asked myself. Then suddenly I saw guardian angels with hearts full of faith and affection for others,who had the order and came from God to help refugees: I flew together with them, like doves looking for a quiet and better place”. (@OnuItalia)