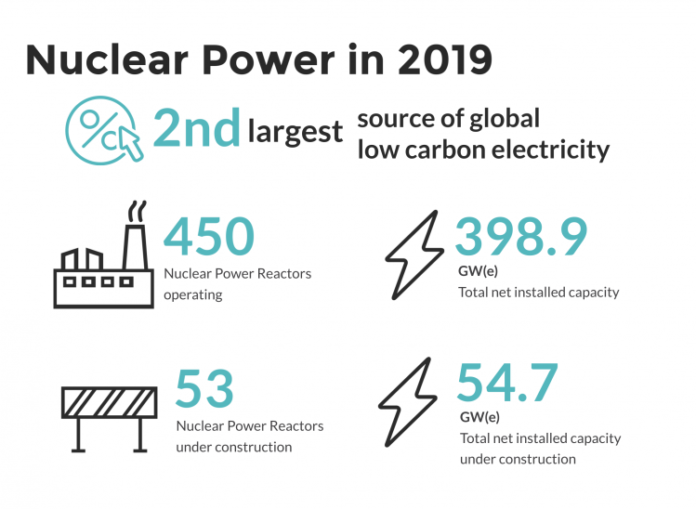 VIENNA, 2 GENNAIO – With over 150 000 visitors each year, the IAEA’s Power Reactor Information System (PRIS) is one of the Agency’s most consulted resources. Statistical reports available through PRIS help users understand nuclear power development and evaluate nuclear power performance. PRIS data can also be used for comprehensive trend analyses and benchmarking against best performers and industrial standards.
The data released in this article reflects submission to the PRIS database by IAEA Member States as of 31 December 2019. 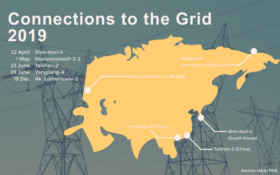 In 2019, 30 countries generated nuclear power and 28 were considering, planning, or actively working to include it in their energy mix. Four of these countries, Bangladesh, Belarus, Turkey and United Arab Emirates, were building their first nuclear plants, with the plants in Belarus and the UAE nearing completion.
The IAEA’s projections for global nuclear power capacity in the decades to come, depend in part on whether significant new capacity can offset potential reactor retirements.
In the low projections to 2030, net installed nuclear capacity gradually decreases and then rebounds to 371 GW(e) by 2050, a 6% decline from today’s level. In the high projections, capacity increases by 25% over current levels to 496 GW(e) by 2030, and by 80% to 715 GW(e) by 2050. The share of nuclear electricity generating capacity in the world total electrical capacity will be about 3% in the low case and about 5% in the high case by the middle of the century, compared with 5.5% today. 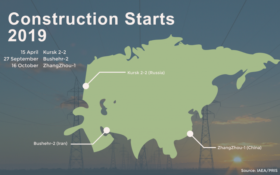 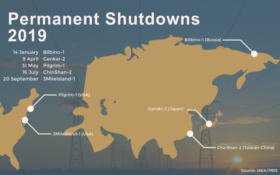 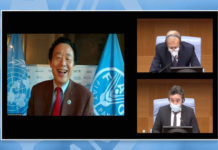 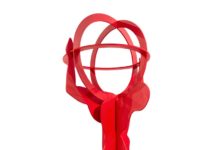 Reimagine, Rebalance, Restart: recovering together for our shared humanity