In a meeting with Tucci Bartsiotas, the Vice Minister discussed the possibility of relaunching Italy’s active role in supporting the institute which had ceased following the resignation of the previous director, Cindy Smith. The Vice Minister valued Italy’s institutional and financial contribution to UNICRI and stressed the importance that Italy places on pursuing the sustainable development goal #16 (the promotion of a just and inclusive society) as it relates to the UN’s 2030 agenda.

To the Director of the UNSSC, Del Re reaffirmed that the Italian Government’s is willing to support and enhance the Staff College’s activities. This support would be in line with providing a primary role in the training and implementation of Security Council reforms promoted by UN Secretary-General Guterres.

The Vice Minister took her meeting with Giuseppe Casale as an opportunity to place value on Italy’s financial contribution to the ILO. In doing so, Del Re highlighted the importance of the center’s recent expansion into other activities, namely its contribution to developing markets in the countries that have populations that have emigrated to Europe. 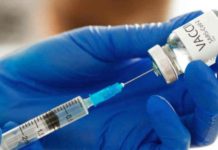