NEW YORK, SEPTEMBER 19 – UNFPA, the United Nations Population Fund, and Rugby United NY hosted today a demonstration game at the United Nations Headquarters in New York that kicked off the theme “The Inclusion is Revolution: Empowering people and ensuring inclusiveness and equality through sports”.

The game at the North Lawn of the UN Secretariat was co-hosted by the Permanent Mission of Japan, at the eve of the Rugby World Cup.

“We are very excited about this beginning of the partnership: Rugby United is, in fact, a professional rugby union team that is a member of Major League Rugby and will wear the UNFPA logo on the jerseys”, said Mariarosa Cutillo, UNFPA responsible for partnership: “The United Nations are opening to collaborations with a much wider public, which in turn will allow us to reach a much wider public, a public of young people, to bring our message of inclusion, that we should not leave anyone behind in the lead up to the Nairobi Summit”.

Rugby United is a team built in the name of inclusion. After playing for many years in New Zealand, one of the most successful international rugby players in U.S. history, Tiffany Faaee, recently signed a deal to become the first woman coach in U.S. men’s professional rugby: “It’s a new challenge. Look at the rules”, she said on the North Lawn of the United Nations Headquarters. “Men, women, all ages, it’s all the same. Rugby is one of the growing sports. And it gave me a voice, in a world where men were meant to play and women were meant to cook”.

Born in California 36 years ago, Faaee, her mother and four siblings moved to her mother’s home country of Samoa when she was 7. Three years later, they moved to New Zealand, where a high school coach convinced her to give competitive rugby a go. Over the next several years, Faaee played for the Samoan and New Zealand Rugby League teams. In 2014, she bought a one-way ticket to the U.S. and joined the New York Rugby Club, where she won a national title. Faaee also captained the USA Eagles to a fourth-place finish in the 2017 Rugby World Cup before turning to coaching. In April, she was named head coach of the Monroe College men’s and women’s teams, a role she will continue to hold while also coaching in MLR, which enters its sophomore season in 2019.(@OnuItalia) 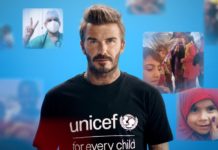