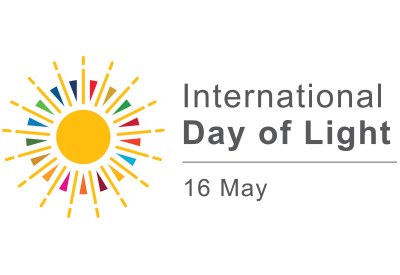 TRIESTE, MAY 16 – Every year on 16 May, the International Day of Light (IDL) illuminates the role that light plays throughout our lives. From medicine to communications and energy, light’s diverse uses touch on science, art, education and sustainable development. Over 600 events were organized world wide, starting with The International Centre for Theoretical Physics, ICTP, which together with UNESCO organized the International Year of Light in 2015. ICTP hosted this year’s flagship IDL celebration in Trieste. Titled “Illuminating Education”, the event featured a range of activities to reflect how light is used in science and technology, sustainable development, and education and culture. The keynote speaker was Sir Michael Berry from the University of Bristol, who talked on Optica Fantastica: Images to Illuminate the Physics of Light. In addition, a wide range of leading international speakers will discuss diverse subjects such as light and development, international collaborations, and issues relating to light and science education. Sessions included a talk by Cather Simpson from the University of Auckland on how a greater understanding of light is changing the way we grow food. Award-winning Indian photographer Saurabh Narang exhibited his photos taken in the Himalayan villages of Spiti Valley.

One session was targeted to younger scientists: the Career Challenges session, which featured Jess Wade of Imperial College London, an award-winning scientist who discussed her work on challenging stereotypes; and Amna Abdalla Mohammed Khalid, an ICTP Diploma Programme alumna and vice-chair of the Next Einstein Forum (NEF), who presented NEF efforts to foster an environment for innovative scientific discovery in Africa.

Light plays a central role in our lives. On the most fundamental level, through photosynthesis, light is at the origin of life itself. The study of light has led to promising alternative energy sources, lifesaving medical advances in diagnostics technology and treatments, light-speed internet and many other discoveries that have revolutionized society and shaped our understanding of the universe. These technologies were developed through centuries of fundamental research on the properties of light – starting with Ibn Al-Haytham’s seminal work, Kitab al-Manazir (Book of Optics), published in 1015 and including Einstein’s work at the beginning of the 20th century, which changed the way we think about time and light.

The International Day of Light is celebrated on 16 May each year, the anniversary of the first successful operation of the laser in 1960 by physicist and engineer, Theodore Maiman. This day is a call to strengthen scientific cooperation and harness its potential to foster peace and sustainable development. “From the birth of the universe to the creation of all kinds of new technologies, from X-rays to radio waves, in fields as diverse as medicine, agriculture, energy, optics, and countless others, light has shaped – and continues to shape – our world. By understanding light, we are able to achieve the greatest of scientific and technological progress”, UNESCO Director General Audrey Azoulay said in a statement marking IDL 2019: “All its natural benefits and its scientific and technological applications make light an essential part of the daily life of our societies; these benefits and applications make light an important issue for the Sustainable Development Goals of the 2030 Agenda.” (@OnuItalia)