NEW YORK, DECEMBER – After more than 24 years of operations, the United Nations tribunal set up to prosecute crimes committed during conflicts in the Balkans in the 1990s, has now completed all judicial work, the court’s President told the UN Security Council on Wednesday.

“Despite all the sceptics, the naysayers, the deniers who, from the very beginning, embarked on a campaign against the Tribunal and have been at pains to question our legitimacy and integrity and portray a doomsday scenario, I am proud to appear before this esteemed Council today and say: mission accomplished,” declared Carmel Agius, President of the International Criminal Tribunal for the Former Yugoslavia (ICTY), in his final briefing to the 15-member body.

Recalling the Security Council’s decision to create the Tribunal back in May 1993, Mr. Agius stated: “In retrospect […] the establishment of the ICTY was one of the international community’s proudest moments.”

Noting that the body had developed a completion strategy and delivered judgements in the final trial case against Ratko Mladic on 22 November and the final appeal case against Jadranko Prlic et al. on 29 November, Mr. Agius said that in supporting the creation of the court, his predecessors had put their signature on an important page in the history of international justice and the fight against impunity. There was another history, however, he said, namely of those who were afraid to accept the Tribunal and even denounced it, “of those who did not choose to fight impunity, but, for reasons of political or personal gain, blind nationalism and ethnic hatred,” preferred immunity and even glorified those who had committed atrocities.

Italy, who is sitting in the UNSC as a non permanent member until the end of the year welcomed “the successful completion of 24 years of work and the enormous efforts that were made to ensure completion by the end of 2017 as requested”.

The Italian deputy permanent Representative to the UN, Inigo Lambertini, stressed that the Security Council, which has been at the origins of the establishment of the “age of accountability” for international crimes, should assume full ownership of the work done by the ad hoc Tribunals and, together with the Secretariat, should continue to promote justice and accountability as integral part of the broader United Nations prevention strategy, even as the “ad hoc” tribunals close their activities.

“One way to do more is would be to have a stronger and broader collective engagement with accountability issues”, said Lambertini, because “it is a fact that atrocity crimes continue to be committed and – even if the Council is unable to come to an agreement as to what reaction it should have when facing such crimes – it should at least give itself the instruments to consider situations from the angle of accountability and make extra efforts to try to be united in the fight against impunity. We owe it to the thousands of victims of international crimes”. (@OnuItalia) 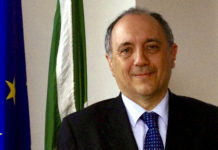 Giornata Onu contro le mine, UNMAS: in atto 19 operazioni per...