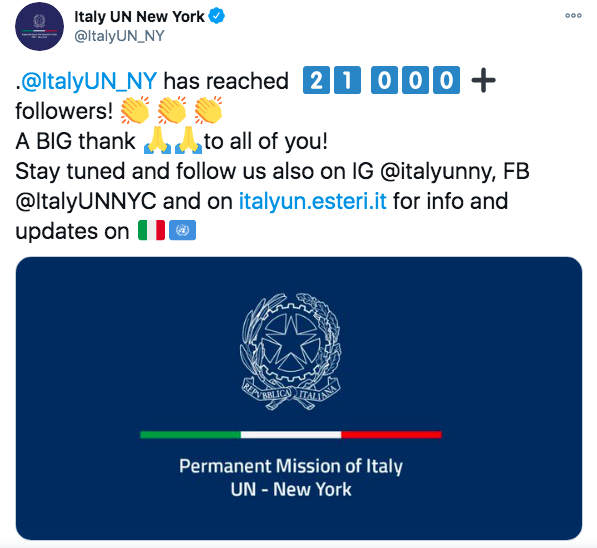 NEW YORK, DECEMBER 29 – @ItalyUN_NY, the official account of the Italian Permanent Mission to the United Nation in New York, has recently celebrated its 21,000 followers on Twitter. 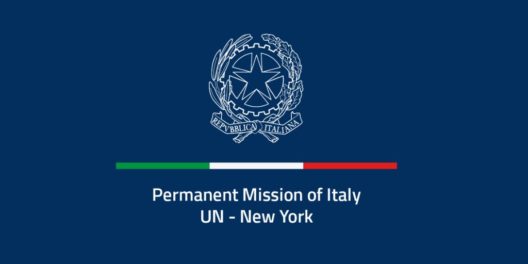 The Mission, which follows less than 3,000 accounts, opened the account in February 2011 -one year ahead the Italian Minister of Foreign Affairs- gaining its 21 thousand followers in little less than 10 years. Active also on Instagram and Facebook, the Mission mantains a website as well,  italyun.esteri.it, where daily updates on Italy’s work in New York are published. (@OnuItalia)