NEW YORK, DECEMBER 8 – Italy believes that the status of Jerusalem as the future capital of two States needs to be negotiated between Israel and Palestine, within the framework of a peace process that will eventually lead to the establishment of two States, living side by side in peace and security, taking into account the legitimate concerns and aspirations of both parties, the Italian Ambassador to the UN Sebastiano Cardi told an emergency Security Council meeting convened, at the request of 8 UNSC countries, after President Donald Trump unilateral recognition of the Holy City as the capital of the State of Israel.

Until the establishment of the two States,Italy will continue to abide by the relevant United Nations resolutions and will maintain in Tel Aviv its Embassy to Israel, Cardi said expressing strong concern for the risk of unrest and tensions in the region. “We call on all actors in Palestine and in the Middle East to show responsibility, exercise restraint and refrain from any form of violence or incitement”.

The United Nations Special Coordinator for the Middle East Peace Process, Nickolay Mladenov,briefed the Security Council today on the situation in the region following Wednesday’s announcement by President Trump.

In the wake of the announcement, UN Secretary-General António Guterres on Wednesday stressed that there is no alternative to the two-state solution and that Jerusalem is an issue that must be resolved through direct negotiations between the parties.

“In this moment of great anxiety, I want to make it clear: there is no alternative to the two-state solution. There is no Plan B,” said Mr. Guterres, speaking to the press at UN Headquarters in New York. (@OnuItalia) 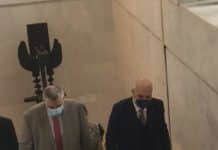 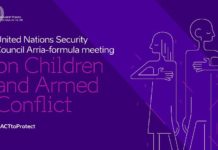 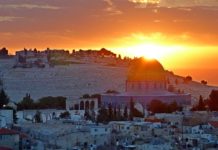