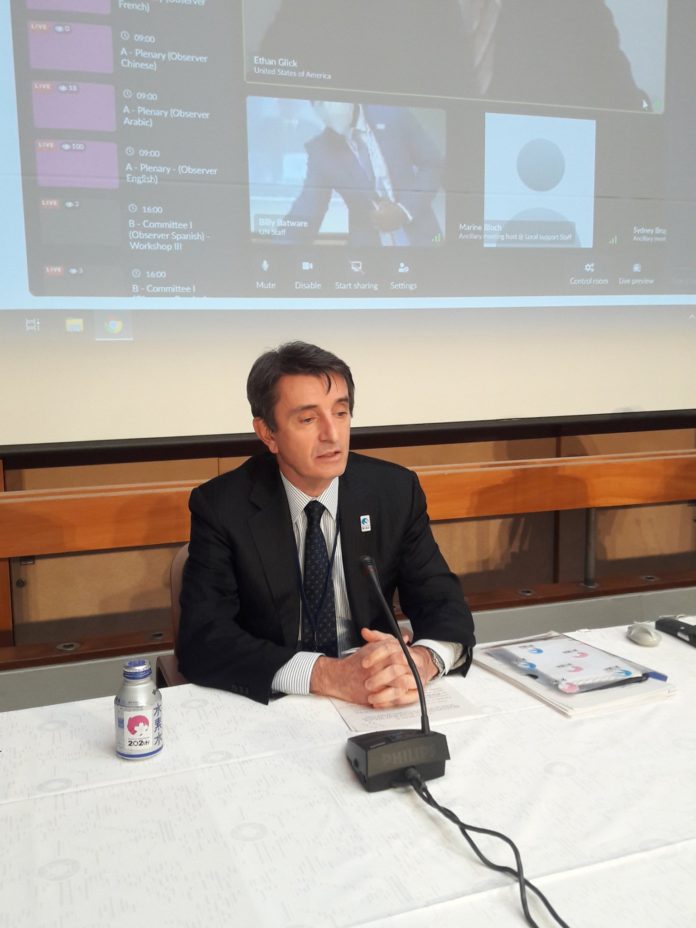 KYOTO, MARCH 9 – “States cannot be effective in their fight against organized crime, if they act alone. A whole-of-society effort is needed”, the Italian Permanent Representative to the International Organization in Vienna, Alessandro Cortese, said today opening a side event at the UN Crime Congress in Kyoto.

“Even major law enforcement accomplishments in the fight against crime can be quickly undone, if they are not broadly supported by citizens and civil society. In other words, the fight against organized crime is, above all, a cultural battle”, said the Italian Ambassador, stressing the crucial role of education as well as the importance of fostering a culture of lawfulness, especially among the youth, who can be a driver for positive change.

Cortese used Italy’s experience as a model of involving civil society in different stages of the fight against organized crime, not only in the prevention: “We have the successful experience of the involvement of civil society in the social reuse of assets confiscated from criminal organizations: a form of compensation for communities that have been damaged by criminal phenomena which in turns fosters sustainable development and enhances the involvement of local communities, and of civil society as a whole, in the strategies to prevent and combat organized crime”.

One example is Villa Fernandes, an early 20th century building in the center of Portici (Naples), which used to belong to members of the camorra Rea clan, a local criminal organizations. After its confiscation, in 2009, the building was entrusted to the Municipality of Portici, which then loaned it to a network of NGOs and community-based organizations, which have turned it into a thriving public space, hosting a number of initiatives aimed at promoting social inclusion, culture, sport.

The Crime Congress, which is held every five years, is the United Nations’ largest international conference in the field of crime prevention and criminal justice. A total of 5,600 people from 152 countries are participating, with some 4,200 registered to attend virtually, the United Nations said. The Kyoto Declaration, a roadmap for cooperation in crime prevention and criminal justice over the next five years, was unanimously adopted by delegates at the opening session. (@OnuItalia)

Save the Children: Italy among top ten counters for protection of...