NEW YORK, OCTOBER 3 – The UN Security Council on Thursday unanimously extended the authorization to fight migrant smuggling or human trafficking off the Libyan coast for 12 months.

By adopting Resolution 2491, the Council renewed the authorization, which was set to expire Thursday, for UN member states, acting nationally or through regional organizations, to inspect vessels on the high seas off the coast of Libya that they suspect are being used for migrant smuggling or human trafficking. Italy cosponsored the resolution.

In his latest report on the implementation of the authorization, UN Secretary-General Antonio Guterres said that over 82,000 refugees and migrants arrived by sea in Europe between Sept. 1, 2018 and July 31, 2019. In the first half of 2019, 2,130 people arrived in Europe via the central Mediterranean Sea, and 333 people are recorded as having died, the report said. Deaths in the Mediterranean rose to over 1000, according to the latest report of UNHCR.

Libya has become a preferred departure point for illegal immigrants hoping to cross the Mediterranean Sea into Europe due to insecurity and chaos in the North African country after its former leader Muammar Gaddafi was toppled in 2011. Shelters in Libya are crowded with thousands of migrants rescued at sea or arrested by the Libyan security services. (@OnuItalia) 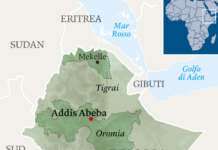 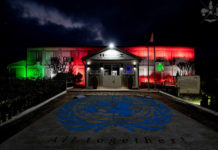 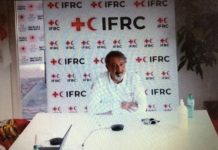 Afghanistan: Italy, sustainable peace must be inclusive, role of women is...