The funding brings to EUR 43 million the EU’s total commitment to the EU-IOM initiative in the region, which aims to save lives and improve assistance for migrants along migration routes originating from the Horn of Africa.

In the Horn of Africa, the EU-IOM Joint Initiative – running from March 2017 to March 2021 – is mainly focused on Ethiopia, Djibouti, Somalia and Sudan. Three of those countries – Ethiopia, Somalia and Sudan – combined to account for the largest migrant movement on the continent.

Backed by the EU Emergency Trust Fund for Africa, it covers and was set up in 2016 in close cooperation with a total of 26 African countries in the Sahel and Lake Chad, the Horn of Africa and North Africa regions. The programme facilitates safer, more informed and better governed migration for both migrants and their community through the development of rights-based and development-focused procedures and processes on protection and sustainable reintegration.

Moreover, the initiative allows migrants who decide to return to their countries of origin to do so in a safe and dignified way. It provides reintegration support to enable returning migrants to restart their lives in their countries and communities of origin through an integrated approach, which may include individual assistance as well as community-based support and structural interventions.

Thanks to these additional resources, the programme is now gearing to scale up its work, especially the provision of tailor-made reintegration assistance. This can include medical help for returning migrants, psychosocial support, links to employment opportunities, and training in entrepreneurship.

Another service offered is family tracing and reunification for unaccompanied children. The reintegration assistance delivered also involves and responds to the priorities of communities of return.

The EU-IOM Joint Initiative assists those who are stranded during their journey or find a hostile reception in the transit and intended destination countries. The programme therefore works closely with governments in the countries of origin in issuing travel documents, providing protection and immediate arrival assistance, as well as facilitating onward travel to the area of origin. Assistance under the programme is voluntary and without obligations.

From April 2018, the bulk of the 3,804 migrants that the EU-IOM Joint Initiative in the Horn of Africa assisted to return to their countries of origin were Ethiopians on the Eastern Route through Djibouti to Yemen and the Gulf countries.

To date, the programme has made substantial achievements establishing mechanisms for returnees to benefit from sustainable economic, social and psychosocial reintegration support. Partnerships have been established and support networks created with six state and 23 non-state actors. The aim there is to improve reintegration conditions for returning migrants, to build the capacity of stakeholders and to establish referral networks for returnees.

The programme has also contributed to increasing the evidence base on migration in the region, publishing a range of migration data products through its Nairobi-based regional data hub. Labour market and service skills assessments for Ethiopia and Somalia were used to shape reintegration strategies, while the findings of a study in Djibouti informed the government’s approach of responding to the situation of street children.  (@OnuItalia) 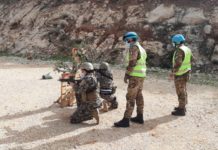 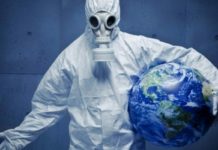