NAIROBI, 17 DICEMBRE – A new study by the International Renewable Energy Agency presents options to speed up the deployment of wind power, both onshore and offshore, over the period unts faster than most people would have expected a few years ago. Larger wind turbines are   enabling more efficient energy production and lower electricity costs, paving the way to achieve more than 1,000 gigawatts of cumulative offshore wind capacity by 2050 to meet the Paris Agreement.

A key finding of the report is that an accelerated deployment of renewables, combined with deep electrification and increased energy efficiency, can achieve over 90 per cent of the energy-related carbon dioxide (CO2) emissions reductions needed by 2050 to set the world on an energy pathway towards meeting the Paris climate targets. Among all low-carbon technology options, accelerated deployment of wind power, when coupled with deep electrification, would contribute to more than one quarter of the total emissions reductions needed—nearly 6.3 gigatonnes of CO2 (Gt CO₂) annually—in 2050, the report says.

”Ramping up offshore and onshore wind power generation is now not just possible at scale, but a vast opportunity to be embraced by countries, companies and investors alike”,  says UN Environment Programme (UNEP) climate change expert Niklas Hagelberg. Wind power could cover more than one third of global power needs, becoming the world’s foremost generation source, says the report. Annual investment in offshore wind would have to more than quintuple, from US$19 billion in 2018 to US$100 billion in 2050,” says the International Renewable Energy Agency report. Asia is poised to become the world’s dominant wind market, accounting for more than 50 per cent of onshore and 60 per cent of offshore wind installations by 2050. Asia’s onshore wind capacity could grow from 230 gigawatts in 2018 to over 2,600 gigawatts by 2050, says the report.

”Fossil fuel subsidies, which run into the hundreds of billions of dollars each year, are slowing progress,” according to Global Trends in Renewable Energy Investment 2019 (Frankfurt School-UNEP Collaborating Centre). ”Investors are still financing coal power plants with tens of billions of dollars each year”. As with lithium required for the batteries to make electric mobility viable, so for the wind sector there are risks associated with unsustainable metal mining practices. Another risk is leakage of sulphur hexafluoride, or SF6, which is widely used in the electrical industry to prevent short circuits and accidents and is 23,500 times more warming than CO2.

One innovation that the International Renewable Energy Agency report predicts is the emergence of floating wind farms.”Floating foundations are potentially a game-changing technology to effectively exploit abundant wind potential in deeper waters… Floating wind farms could cover around 5–15 per cent of the global offshore wind installed capacity (almost 1,000 gigawatts) by 2050,” it says.

Meanwhile, the Frankfurt School-UNEP Collaborating Centre points to the remarkable changes that have taken place in the last decade: ”By the end of the decade of 2010–2019, in a few short months’ time, the two leading renewable energy technologies are expected to account for some 18 per cent of global generating capacity, after the investment of some US$2.4 trillion in new projects over the 10 years”. it says. 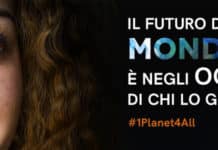 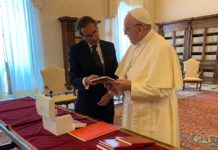