BARI, JANUARY 27 – Hilal Elver, the United Nations Special Rapporteur on the right to food on an institutional visit to Italy, has arrived in Bari where she was received by the Deputy Mayor Eugenio di Sciascio and other local officials.

Elver’s trip is the first ever from an independent UN expert seeking to verify with local administrations the status of the right to food and other human rights related to nutrition in Italy. Particular importance is being given to equality and non-discrimination in the agricultural sector, including what actions are being taken to contrast the illegal recruitment of labour.

“My goal is to analyze  the right to food, one of the foundations of the Human Rights Convention and what Italy is doing to guarantee it. This morning we spoke of the importance of the agricultural sector and the need to protect all the actors involved in this productive process”, said the Un official: “We touched all the critical issues related to production but also export, since Puglia exports agricultural products worldwide. For this very reason we will also be holding meetings with representatives from Ciheam Bari, with the organizations that reunite farmers, with NGOs working with nutrition, and with experts of food safety”.

The authorities of Bari spoke with the UN expert about the administration’s efforts in regards to the themes of nutrition and the right to food of lower income groups, including the actions that are being undertaken to safeguard these rights. “Throughout the meeting we also had the opportunity to tackle more general themes relating to the region of Puglia and the rest of the country alike, for example the issue of illegal labour recruitment in the countryside of Puglia,” said Sciascio. (@OnuItalia) 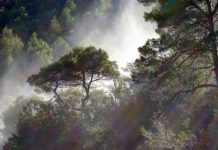