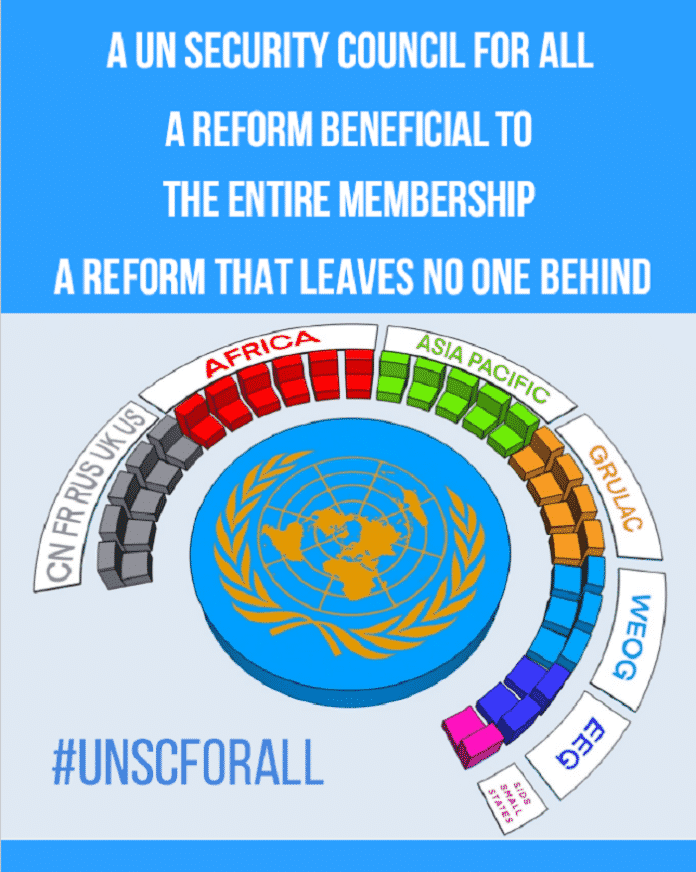 NEW YORK, APRIL 19th – It’s time to focus on converging views for a real Security Council reform, because “Security Council reform is not a zero-sum game. Everyone must concede something for a common cause and a common good,” the Italian Permanent Representative to the UN, Ambassador Mariangela Zappia, stressed today in her address on behalf of the Uniting for Consensus group -led by Italy- during the new session of the Intergovernmental Negotiation (IGN).

The IGN is a negotiation format, specific to the Council reform, launched in 2009. This format allows for the identification of important areas of convergence. In her speech, Zappia stressed the importance of this framework, since progress will require a focus on convergence, and not only on points of contention: “The IGN is the right place for a constructive, transparent and inclusive involvement of Member States,” she said.

In the words of the Permanent Representative: “There is a ground of broad agreement among all Member States”. For instance, the need to increase the number of non-permanent seats, especially in favour of developing countries, which are chronically under-represented in the Council. 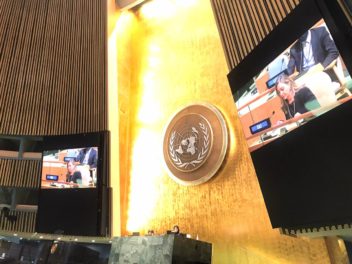 A significant number of countries are also convinced that the number of seats in the new reformed Council should be around 25, compared with the current 15. All UN members agree that, in expanding the seats, the historic injustice that has marginalized Africa must be corrected. There is also a growing convergence of opinions regarding limitations on veto rights, a privilege enjoyed by the five permanent members of the Council.

Reforming the Security Council has been at the centre of the international debate since the early ’90s. In 2009, with the launching of the Intergovernmental Negotiation, the sessions allowed to identify important areas of convergence, but also the persistence of opposing views. The proposal of the Italian-led UfC group would see the enlargement of the Council through an increase in its elective seats which, in the words of Ambassador Zappia, would make the UN body “truly representative, democratic, legitimate, transparent and effective”.

Uniting for Consensus brings together a significant group of countries: geographically transversal and united by certain convictions, most notably the opposition to the establishment of new permanent seats, attributed to individual nations. The five current permanent members have gained this unjustified privileged positions due to the particular historical circumstances which characterised the end of World War II. Giving other members such a privilege, based on today’s arbitrary world order, would not be appropriate -as it also wasn’t in the past- and would be to the detriment of the general interests of the entire membership.

Consistent with this belief, and with the sincere intention of contributing to the identification of a fair solution capable of moving the negotiations forward, the UfC Group offered several compromise proposals over the years. In 2014, UfC a new formula (called “intermediate approach”) focused on the creation of a new set of “long term” seats, assigned to regional groups (instead of individual countries), with the possibility of immediate re-election (which is currently excluded by UN rules). According to UfC, this formula can be the basis for a solution that meets both the needs of countries that aspire to serve for longer periods, in light of their growing international commitment, while offering all 193 UN Member States greater opportunity to rotate, and therefore more opportunities to be represented. (@OnuItalia)