ROME, APRIL 29 – With a special focus on the Mediterranean Diet, the strategic role of food systems in creating a sustainable world and a food culture that fights waste was on the agenda of video-conference ahead of the UN Pre-Summit on Food Systems, to be hosted by Italy, in Rome, in the month of July.

The Deputy Foreign Minister Marina Sereni attended a National Dialogue attended by Director General of Italian Cooperation Giorgio Marrapodi and economists: Andrea Segre’ from the the University of Bologna; Angelo Riccaboni from Siena; Jeffrey Sachs from Columbia; and Benedetto Marelli from MIT. 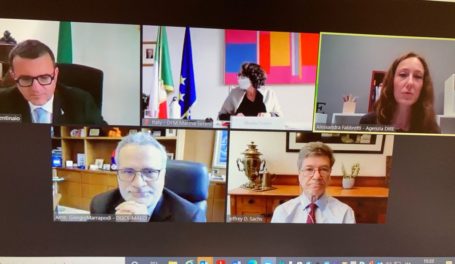 Segre’ put the spotlight on the Mediterranean Diet: “It is the main road to balance, and a model that can be replicated in other areas of the world. Mediterranean Diet means healthy lifestyle and scientific value”. According to Sachs, “local food, culinary traditions and Mediterranean diet are human treasures and the reason for the leadership of Italy in sustainable food systems”.

For Sereni, the Italian approach to development -one based on respect for human rights, support for small scale producers, cooperatives and the involvement of local communities- is aimed at enhancing the voices less heard, in order to give them strength, as has been done for years in the projects of agricultural women entrepreneurs and women leaders’ associations: “This is why at the pre-summit in Rome we want to talk not only about food, but also about economic and social sustainability, the environment and education. We are convinced that local and global can be complementary, and that it is possible to transmit local values and traditions on a global scale in the respect of sustainability”. 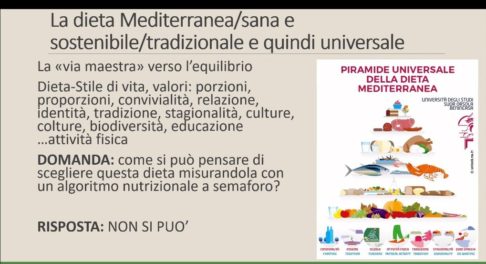 Sereni also noted that many Italian companies in recent years have pursued sustainable agri-food policies: “I think that our food system will be able to progress only if we know how to listen to the custodians of biodiversity, by implementing agro-ecological practices for resilient agriculture, at a time when this practice is increasingly challenging, due to various factors, and climate change in the first place. We need to listen to those who have preserved traditions and products of excellence, playing a role of ‘Ambassador’ for Italy in the world. We need to listen to those who, such as the no profit food bank Banco Alimentare, are committed to getting surplus food to those who, even more so now in the COVID-19 crisis, do not have enough. It is thanks to this listening that we will be able to arrive at sound, shared choices on the issue of the food systems which is essential both for Italy and for the world.  (@OnuItalia)