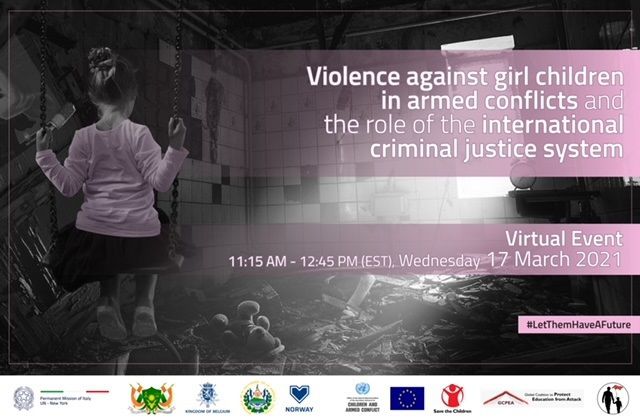 NEW YORK/ROME, MARCH 17 – “There can be no full and meaningful participation of women in political, social and economic life without the eradication of all forms of gender-based violence, including sexual violence”, Deputy Minister of Foreign Affairs Marina Sereni said on the sidelines of the 65th Session of the UN Commission on the Status of Women, adding: “Therefore, preventing and combating violence against women and girls in war zones is an essential priority”.

Sereni addressed an online event entitled “Violence against Girl Children in Armed Conflict and the Role of the International Criminal Justice System”. The panel was organized by the Italian Mission to the United Nations in New York and co-sponsored by Niger, Belgium, El Salvador, Norway, the European Union, the Office of the Special Representative of the UN Secretary-General for Children and Armed Conflict, Save the Children international, the Global Coalition to Protect Education from Attack (GCPEA) and the Universities Network for Children in Armed Conflicts (UNCAC). 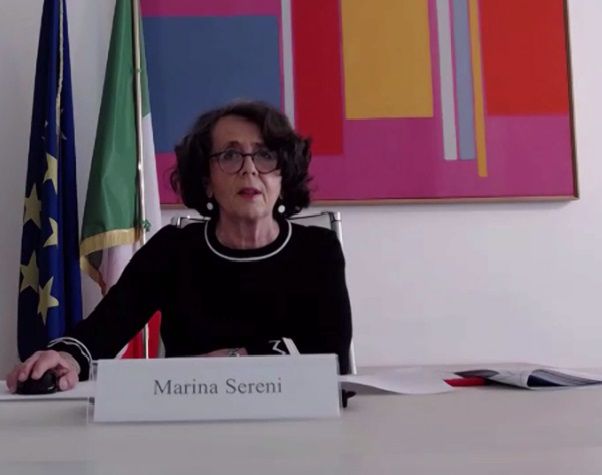 “The scourge of armed conflicts,” the Italian Deputy Minister said, “means that girls in those areas are particularly at risk of physical and sexual abuse, with permanent effects on their lives, their physical and psychological development undermined at the core, and ends up having repercussions on the whole of society in years to come. The pandemic has brought on dangers for children in conflict-affected areas. The closure of schools and restrictions on access to social and health services expose girls and young women to even greater risks of violation and abuse. Italy therefore welcomes all the initiatives taken by the UN, starting with the inclusion of these crimes in the Statute of the International Criminal Court, because these horrible violations against women and girls in conflicts are crimes against humanity”.

“However,” the Sereni went on to say, “we must go further, the international criminal justice system, starting with the International Criminal Court, must be enabled to play a central role. In order to fight impunity, prevent new violations and help victims overcome the damage caused by violence, we must ensure that justice is done. Only so will these people be able to rebuild their lives. Italy,” Ms. Sereni concluded, “is fully committed to the protection of minors in armed conflicts, and in implementing the Italian National Action Plan on Women, Peace and Security, approved last December, we want to pay particular attention to the plight of girls in war zones”. (@OnuItalia)