NEW YORK, FEBRUARY 9 – When it comes to sexual violence in armed conflicts, the key message for Italy is “zero tolerance”. Over the last ten years, since the adoption of the groundbreaking resolution 1820, Italy has been constantly supporting international initiatives for the prevention of sexual violence in conflicts. A few examples: in 2013, Italy joined the Call to Action on Protection from Gender-Based Violence in Emergencies. In 2015, it among the first signatories of The Kigali Principles on the Protection of Civilians. Italy also promptly joined the Secretary-General’s Circle of Leadership on the prevention of and response to sexual exploitation and abuse in UN operations, signed the relevant “Voluntary Compact” and contributed to the UN Trust Fund in support of the victims of this scourge.

Italy promoted, together with other Permanent Missions, the inclusion of sexual and gender-based violence as a stand-alone designation criterion in the renewal of sanctions in the Central African Republic. And it tabled two resolutions: UNSCR 2382, which strengthened the role of the UN Police in preventing and addressing sexual and gender-based violence; and UNSCR 2388, which highlighted the connection between trafficking in persons, sexual violence and terrorism and other organized criminal activities.

The Italian Deputy Representative to the United Nations Stefano Stefanile addressed an oped debate of the UN Security Council on the matter: “Getting to the latest report of the Secretary-General, it is true that it shows that some progress towards combatting the culture of impunity has been achieved in some Countries. And we heard from some interventions that there are some initial signs of the paradigm shift. But, we also heard that there is much that remains to be done. And if we look at the recommendations of the Secretary General, apart from some country-specific recommendations, he also highlights a set of horizontal recommendations, which Italy can certainly support”, Stefanile said.

The Ambassador made a point that Italy supports the inclusion of sexual violence as an automatic and independent designation criterion in all relevant sanction regimes, while the work of the Security Council should benefit from a greater and more systematic involvement of the International Criminal Court. “We need some convictions and not only some indictments” said Stefanile adding that Italy urges  the Security Council to favor the creation of international fact-finding mechanisms in order to ensure the collection and preservation of evidence.

Sanctions listing, indictment and conviction are certainly fundamentals for ensuring accountability and they can also be formidable deterrents for sexual violence in conflict situations, but other actions are equally needed: among them the establishment of a stronger women presence in UN missions in the field would facilitate the dialogue with the local population and the strengthening of the training of peacekeepers and police units. Italy has for the purpose a Center of Excellence for Stability Police Units in Vicenza which is cooperating with the UN Secretariat. (@OnuItalia) 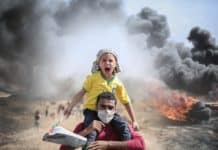 G20: Italy briefs the General Assembly on its Presidency’s agenda