NEW YORK, FEBRUARY 25 – The Food and Agriculture Organization of the United Nations (FAO) in South Sudan is contributing to the improvement of human and animal health through the construction of an animal slaughterhouse in the town of Torit. The project is part of a US$756 984 assistance package provided to South Sudan by the Government of the Republic of Italy, under the project “Food security through commercialization of the agricultural sector in marginalized areas in Kenya and South Sudan under the Comprehensive Africa Agriculture Development Programme (CAADP) framework, with focus on women and youth” and was complemented by funding from the Danish International Development Agency (DANIDA) under the project “Strengthening the resilience of households to food insecurity in South Sudan”.

Meat hygiene is a major public health issue in South Sudan where nearly 7 million people could face acute food insecurity at the height of this lean season (May-July). For many years, people living in and around the town of Torit had no hygienic facilities for livestock slaughter. A slaughter slab which was in place until 2011 was removed due to the construction of an airstrip and since then people have been slaughtering animals on the ground. This left Torit’s growing urban population (estimated at 99 740) at a high risk of contracting meat-borne diseases.

The slaughterhouse facility is fully equipped with the capacity to slaughter 20 to 25 cattle and 25 to 30 sheep and goats a day. Meat is now processed in a clean environment, which prevents spoilage and contamination with dirt and infectious agents. Economic losses related to meat processing will be minimized and waste management will reduce environmental contamination. The meat inspection process helps prevent diseases such as tuberculosis that can be transmitted from animals to human beings and also supports the general surveillance and reporting of livestock diseases.

“This slaughterhouse will create awareness on importance of ante-mortem inspection to assess the animal’s suitability for slaughter and eventual human consumption and post-mortem inspection to confirm suitability for human consumption,” explains Tafiqul Islam, head of the FAO office in Torit. “It will also enhance the skills and knowledge on solid and liquid waste management to ensure proper disposal of waste in the slaughter facility.”  (@OnuItalia) 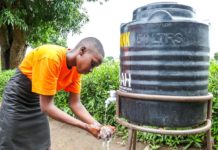 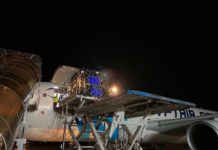