NEW YORK, APRIL 23 – Accountability is key to achieving reconciliation and a true and everlasting peace. Italy strongly supports the “Triple I Mechanism” for Syria its role in establishing accountability, documenting atrocities, ascertaining facts, gathering and preserving evidence and preparing cases for trial. Italy has contributed significantly to the “Triple I Mechanism” and it’s ready to provide further support, the Italian Charge’ d’Affaires Stefano Stefanile told today the UN General Assembly during a Plenary Meeting convened to discuss the Third Report of the International, Impartial and Independent Mechanism for the Crimes committed in the Syrian Arab Republic.

The “Triple I Mechanism” was set up in 2016 to probe and help prosecute the most serious crimes committed in Syria. Last month the head of the U.N. war crimes body, former French judge Catherine Marchi-Uhel, told Reuters in Geneva that her office had received 15 requests from national judicial or prosecution authorities for cooperation on Syria-related cases in five countries, and amassed a million records in all. “Eight years after its beginning, the Syrian conflict has brought a devastating load of human suffering, with its corollary of besiegement, starvation, indiscriminate bombing against civilians, displacements of populations, disappearances and killings of innocents, the atrocities of terrorism, and the repeated use of chemical weapons”, said Stefanile, welcoming the third report and encouraging national authorities to continue to increase their efforts in cooperating with the Mechanism in order to bring to justice those responsible for these heinous crimes.

As regards its financing, Italy is among those Member States that have contributed significantly to the Mechanism since its inception: “We welcome the ongoing transition to the UN regular budget, and we are ready to provide a voluntary contribution also for 2019 so as to help cover the afore-mentioned transition. Italy reaffirms its full support for the existing mechanisms created by the General Assembly and by the Human Rights Council to ensure accountability for serious crimes committed in the context of the Syrian conflict. We firmly believe that justice is an essential condition for lasting peace in Syria and in the wider region. (@OnuItalia) 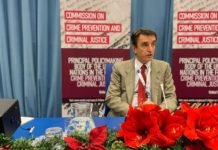 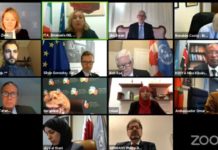