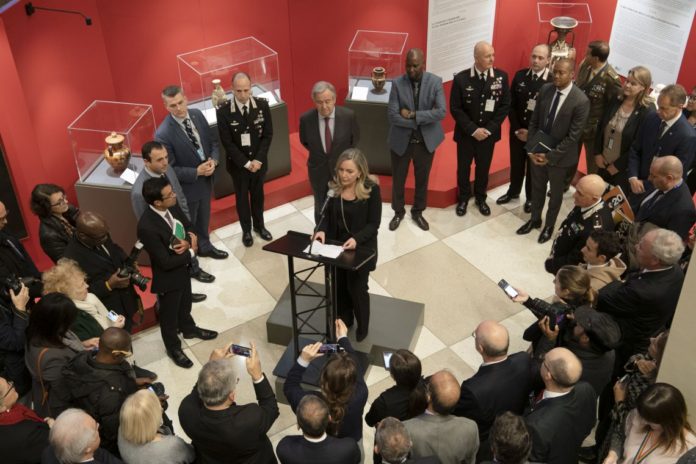 NEW YORK, JANUARY 9 – An attic black-figure vase illegally excavated in Vulci and recovered in Ascona, Switzerland, in 2018. ‘The Lamentation of Adam and Eve on the Dead Abel’, a baroque painting stolen in 2006 from Palermo and recovered seven years later in Cagliari. ‘Leda and the Swan’ on cooper, a work attributed to the Renaissance painter Lelio Orsio, which was illegally exported from Italy and found in New York in 2012. A small bronze statue from Ancient Rome, stolen in 1943 from the Roman National Museum and recovered only a few months ago at Staffhouse. 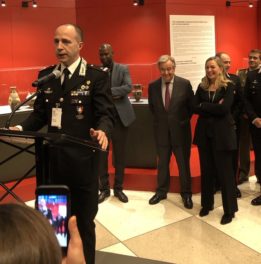 While some exhibitions celebrate specific artists, or explore an artistic movement, “this exhibition is based on a unique purpose”, in this case “every masterpiece was stolen – and every masterpiece was subsequently recovered thanks to the determination and investigative expertise of the Italian Carabinieri”, or Italy’s national police force, “often working across several countries”,” the UN Secretary General Antonio Guterres unveiling the exhibition ‘The art of saving art’ organized by Italy’s permanent delegation at the UN with the aim of celebrating a double anniversary: the 50th anniversary of the Carabinieri Command for the Protection of Cultural Heritage and the 75th anniversary of the United Nations 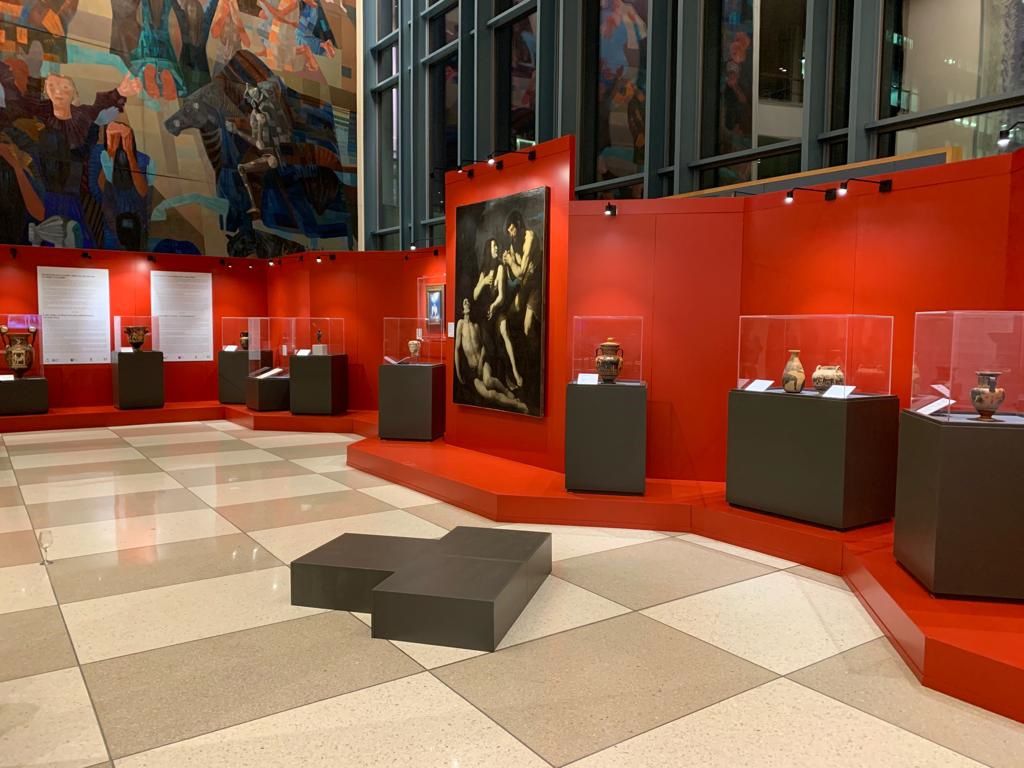 “The protection of cultural heritage is an essential medium of peace and dialogue among different cultures, civilizations, religions and among different generations. With its 50 years at the service of art, the Carabinieri Command represents a true testament to Italy’s commitment to the protection of cultural heritage from trafficking and in conflict situations, as well as to our country’s contribution to the maintenance of international peace and security,” stated Ambassador Zappia.

Although over a year in the making, the crowded event at the United Nations Headquarters was timely, coming after President Donald Trump’s threat of attacking Iranian cultural sites were Tehran to retaliate following the drone assassination of general Qassim Suleimani. “We face an array of challenges that imperil efforts to protect our common heritage. But there is a common feature integral to the response, and that is international cooperation,” said Guterres. Tijjani Muhammad-Bande, President of the UN’s General Assembly, also spoke, saying that “faced with those who want to destroy the culture of other Countries, we must obstinately continue to produce art and culture”.

According to Guterres -who congratulated Italy for its leadership role in the field of cultural protection- the exhibition is an opportunity to reflect on the power of multilateralism, which extends far beyond the protection of humanity’s shared cultural heritage. Multilateralism is the key to fighting numerous challenges, from climate change to civilian revolts, from armed conflict to terrorism.

General Roberto Riccardi, head of the special Carabinieri Unit aiming to protect cultural heritage, expressed his gratitude to the legacy of the “Venus Fixers”, the Anglo-American task force of Monument’s Officers who, during the Second World War worked along the frontlines to save the cultural heritage of Europe and Italy threatened by bombs and looting by the withdrawing Nazi troops: “For 50 years the Carabinieri Command have been the soldiers of Venus, the goddess of beauty. Within this time, we have recovered almost 3 million artifacts. This has been possible thanks to international cooperation that continues to grow,” stated General Riccardi.

Founded in 1969, the TPC Carabinieri Command is the first police unit in the world specialized in the protection of cultural heritage and the first force to subscribe to the UNESCO campaign, “Unite4Heritage,” for the establishment of blue helmets for culture.

The protection of cultural heritage is a priority for Italy’s foreign policy and is an integral part of Italy’s commitment to the maintenance of international peace and security, as a major contributor to peace missions of the UN and other international organizations to which it belongs. Together with France, Italy has promoted the first historic Security Council’s resolution on the protection of cultural heritage in conflict situations and is a founding member, together with Cyprus, of the Group of Friends dedicated to this issue at the UN. (@OnuItalia)

Protection of Civilians: Stefanile (Italy), “attacks on schools must stop”