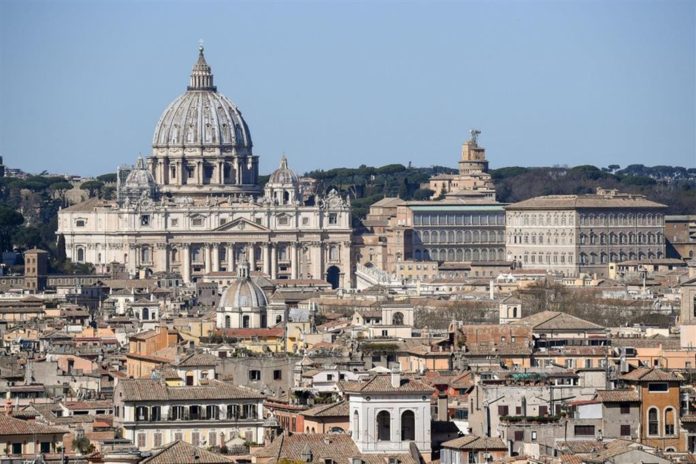 GENEVA, JUNE 1 – The World Health Assembly has adopted an Italian resolution that formally recognizes the Holy See as Observer State Member to the World Health Organization.

The Holy See is the universal government of the Catholic Church and operates from Vatican City State, a sovereign, independent territory. The Pope is the ruler of both Vatican City State and the Holy See. As the supreme body of government of the Catholic Church, the Holy See is a sovereign juridical entity under international law.The See establishes and oversees diplomatic relations for the Vatican, working in tandem with inter-governmental organizations such as the United Nations.

The resolution provides that the Holy See assumes the status of Observer, a non-Member State position. The Observer position requires that organizations actively contribute to meeting discussions and deliberations and serve as a non-voting body. Under the resolution, the Holy See will have the right to participate in the general debate of the World Health Assembly; to give speeches and be included after the last Member State within the list of speakers at select WHO meetings, including: World Health Assembly plenary meetings, meetings of the Executive Council, and meetings of the Programme, Administration and Budget Committee. The Holy See will also have the right to respond; the right to submit motions of order in any debate concerning the Holy See; the right to co-sponsor resolutions and decisions concerning the Holy See; and the right to a place in the Chamber immediately after the Member States.

This resolution, co-sponsored by 71 countries, recognizes the crucial role of the Holy See in humanitarian and health-related fields; the jurisdiction’s contributions were particularly evident in regards to the COVID-19 pandemic and in the aid to developing countries.

Italian Foreign Minister Luigi Di Maio, in a telephone conversation with Vatican Secretary for Relations with States Paul Richard Gallagher, expressed his deep satisfaction with the result achieved by Italy and the Holy See. The approval of the resolution – he said – is a success for multilateralism and will undoubtedly help strengthen cooperation in the health field.

The Holy See has served as an active member of both the UN and the WHO. The Holy See first participated in the World Health Assembly in Rome in 1949. Since 1953, the jurisdiction cooperated with the WHO as an informal observer, always at the invitation of the Director General. In 1964, the Holy See became an Observer State to the United Nations. In 2004, the rights and privileges of the Holy See regarding participation in the UN General Assembly and additional committees were formally recognized through Resolution A/RES/58/314. In 2007, the Holy See became a State Party to the International Health Regulations (IHR).

Through this newly approved resolution, the rights and privileges of the Holy See have been formally recognized for participation in the work of the World Health Assembly, as well as the Executive Council and the Programme, Budget and Administration Committee.

The Holy See is a member of the IAEA, IOM, WIPO and UNCTAD and an Observer State to FAO, IFAD, ILO, WTO, OMM, WHO, UN, OPCW, WFP, UNDC, UNDP, UNESCO, UNEP, UNICEF and UNIDO. (@BrittanyBryantF)