NEW YORK, NOVEMBER 16 – “The Group Uniting for Consensus (Ufc) is not asking anything for its own members: we are not aspiring to permanent membership. We are indeed working for the common good, a reform for all, a reform of the Security Council that is beneficial for all Member States and for the UN itself“, the Italian Permanent Represnetative to the UN, Ambassador Mariangela Zappia, said today during a General Assembly meeting on the status of the reform. 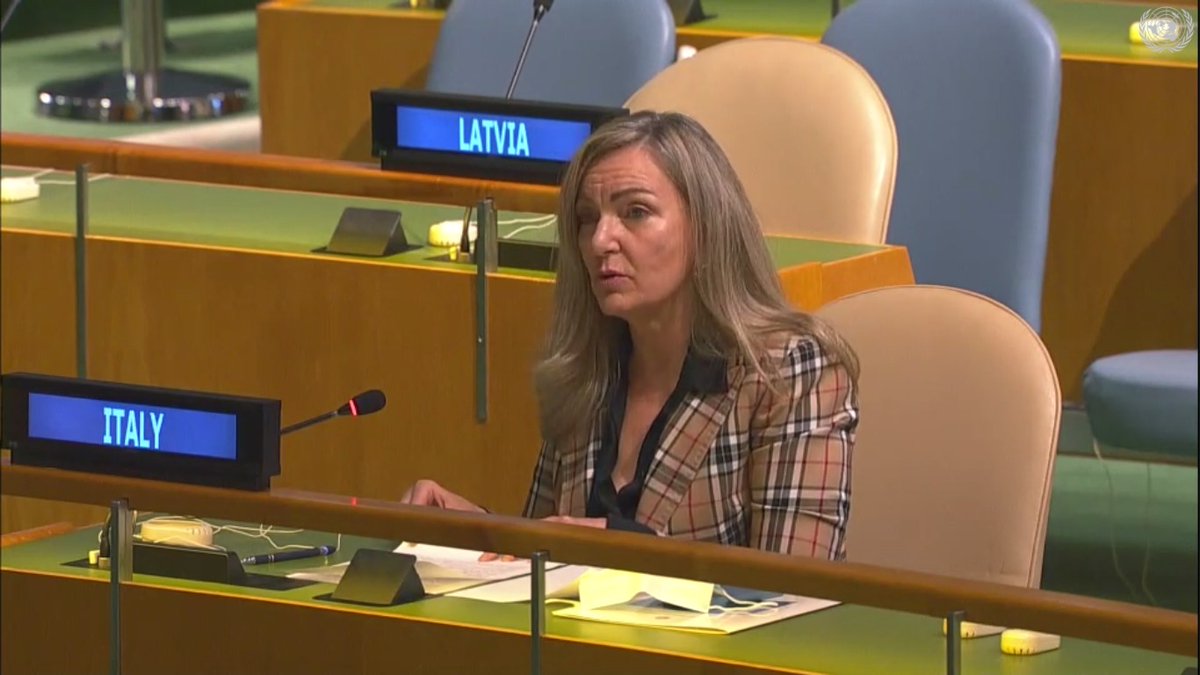 Speaking as coordinator of the Group to the plenary meeting, Zappia remarked that “inclusivity is the key” to intill new life in the reform process so that “all voices are taking into account”.

To achieve such a goal all Member States should approach the Security Council reform process in good faith and show more flexibility, said the Ambassador, stressing that under the UfC proposal “everyone benefits; no one is left behind or left out; and everyone gains better access to the Council”.

The UfC proposal has been adjusted over the years so as to take into consideration the positions of all negotiating groups. “We propose to create longer-term, non-permanent seats, with the possibility of immediate re-election to accomodate the legitimate desire of some Member States to make a greater contribution to the work of the Council”.

On the other hand increasing the number of two year-term non-permanent seats again stems from the understanding that a fairer system of rotation in the Council is needed: “64 Member States have never served in the Security Council, a third of the whole membership. It is high time to offer better access to all”, added Zappia.

If the UfC proposal were to be approved, the Security Council would then consist of twenty-six members. The nine longer-term, non-permanent seats would be distributed among regional groups as follows: 3 for Africa, 3 for Asia Pacific, 2 for GRULAC and 1 for WEOG. The two additional two-year, non-permanent seats will be assigned: one to the Eastern European Group and one, as a rotating seat, to Small Island and Developing States and Small States. This rotating seat would not prevent them from running within their regional group, but would – instead – be an additional way for them to gain access to the Security Council.

Tthis reform model would greatly enhance regional representation: Africa would constitute the largest group in the reformed Council; the Asia-Pacific region would have the highest percent increase; both Latin America and Eastern Europe would double their representation. The proposed distribution would also allow an increased and more stable representation for cross-regional groupings, such as the Arab group.(@OnuItalia)