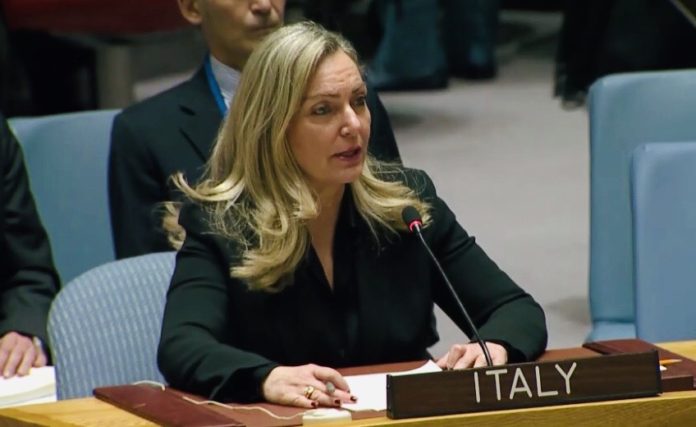 NEW YORK, JANUARY 10 – “The UN Charter is the main pillar of the legal and political architecture built in the immediate aftermath of WWII. In the preamble of the Charter, the pledge to ‘save succeeding generations from the scourge of war’ is unequivocal. This pledge is all the more imperative today, with new tensions arising in the in the world and the proliferation of regional crisis,” Ambassador Mariangela Zappia, Permanent Representative of Italy at the UN, said yesterday during her address to the Security Council debate on ‘Upholding the Charter of the United Nations to Maintain International Peace and Security’.

“The United Nations and the multilateral system based on the Charter are facing growing criticism. The answer to the push back we are witnessing today is not less multilateralism, but rather much more, with a more sophisticated approach designed to tackle today’s more complex crises,” said Zappia, who also stressed the effectiveness of the UN’s multidimensional approach for tackling such crises: “Only by combining security, development, rule of law and human rights, as well as environmental protection and the fight against climate change, we will be able to create conditions conducive to a sustainable peace and a future of prosperity for the next generations”. “As far as Italy is concerned we strongly believe the ongoing reform processes started by the Secretary-General are crucial to improving the UN’s effectiveness and its capacity to achieve this goal,” continued the Ambassador. Zappia concluded her speech with a “note on discrimination and inclusion”, explaining how “Women must be given the opportunity to participate meaningfully in decision-making processes. By the same token, we must give voice and space to young people.”

Zappia took this debate as an opportunity to remind the delegates that “A reformed UN must continue to operate in a logic of shared responsibility among Members States and in partnership with regional organizations, such as the European Union and the African Union. This crucial notion is also reflected in our commitment to a reformed Security Council to make it more representative, accountable, democratic, transparent and effective.” (@OnuItalia) 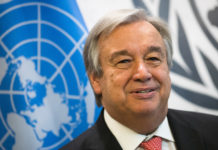