NEW YORK SEPTEMBER 26 – Ministers of the Countries belonging to the “Uniting for Consensus” Group reiterated today “the need and the urgency” for the UN membership to agree on a reform model capable of making the future, expanded Security Council more democratic, accountable, representative, transparent and effective, reaffirming that the creation of new permanent seats would hamper the achievement of these goals. The Italian Minister of Foreign Affairs, Luigi Di Maio, chaired the meeting convened in New York to assess the state of the UN Security Council reform process.

The last rounds of negotiations that took place in 2019, confirmed the existence of growing areas of convergence as also the persistence of diverging views on key aspects of the reform, UfC said in a note following the meeting.

“Eager to achieve results in the process, UfC Countries reaffirm that the IGN remains the sole legitimate setting for discussion on Security Council reform, in full transparency and with the participation of all UN Member States”, said the Ministers, calling upon all Member States to continue to engage constructively in seeking a fair and equitable compromise solution that meets the collective interest of all 193 Members of the UN, garnering the widest possible political support from the membership.

UfC Countries invited then others to explore the idea of creating longer-term non-permanent seats, assigned to UN regional groups and with the possibility of an immediate re-election, coupled with an increase in other non-permanent seats. UfC Ministers believe that this proposal can be the basis for a possible solution able to satisfy the legitimate aspirations of those Countries that wish to contribute regularly to the maintenance of international peace and security, as well as provide better opportunities for smaller States. (@OnuItalia) 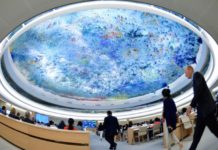 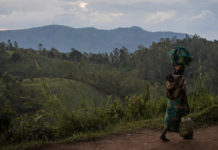 COVID-19: Conte and other world leaders, only victory in Africa can...