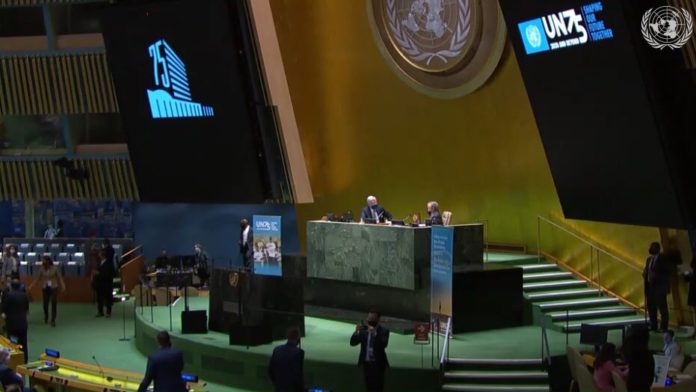 NEW YORK, SEPTEMBER 21 – “The world we intend to entrust to the new generations must be better than the one we have inherited.The United Nations is an instrument to achieve this goal, to give hope for the future of humanity”, the Italian Head of State, Sergio Mattarella, said to the solemn ceremony celebrating the 75th anniversary of the United Nations. 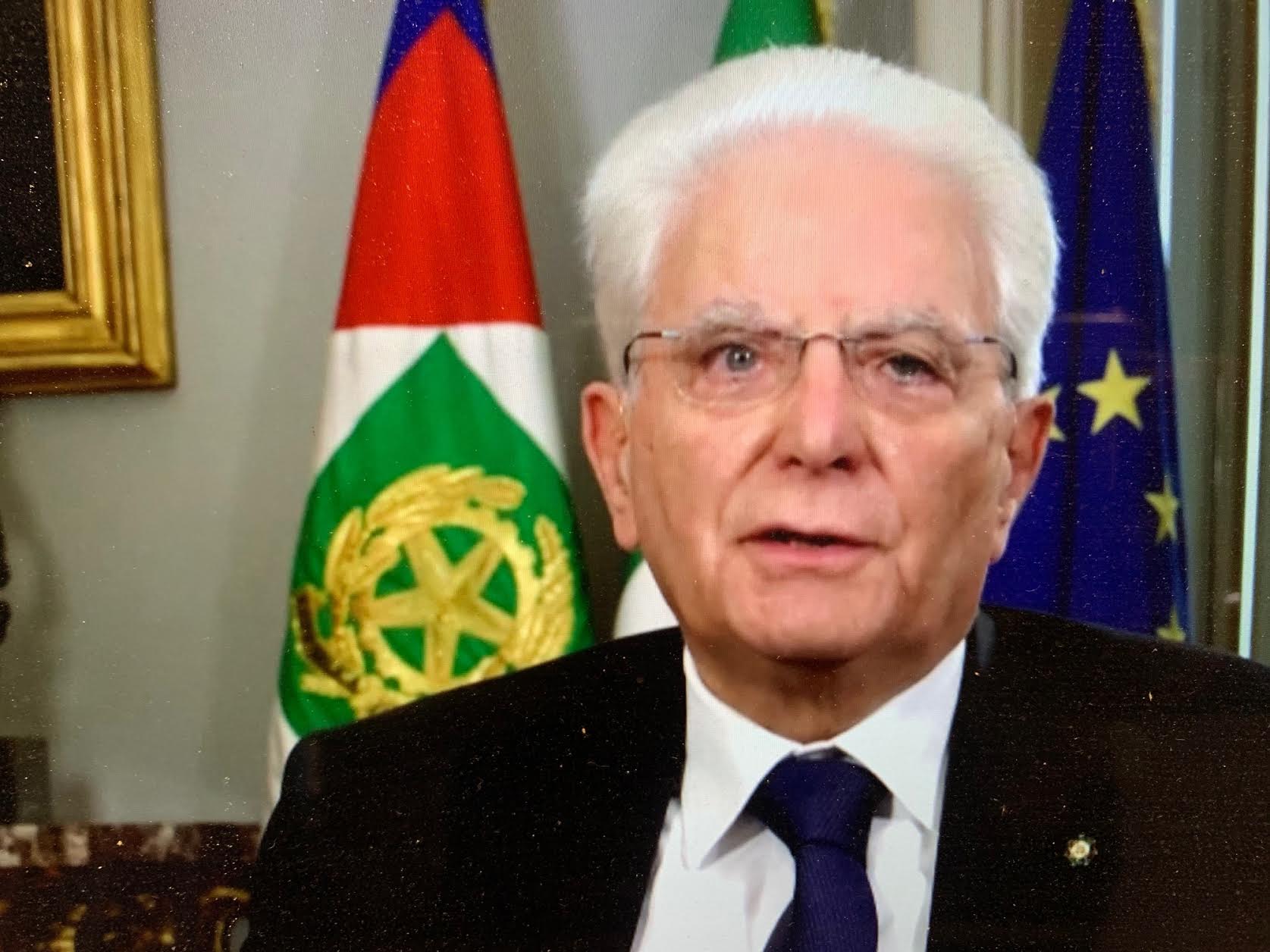 Despite its shortcomings, the UN has acted, often successfully, to remove or reduce international tensions, so that peaceful solutions could be found to conflicts, so that the world’s agenda could take note of the inequalities to be remedied between peoples and of the limited nature of the resources available on Earth, said Mattarella in video recorded address introduced by the Italian Permanent Representative, Mariangela Zappia, who attended the ceremony in the General Assembly Hall. 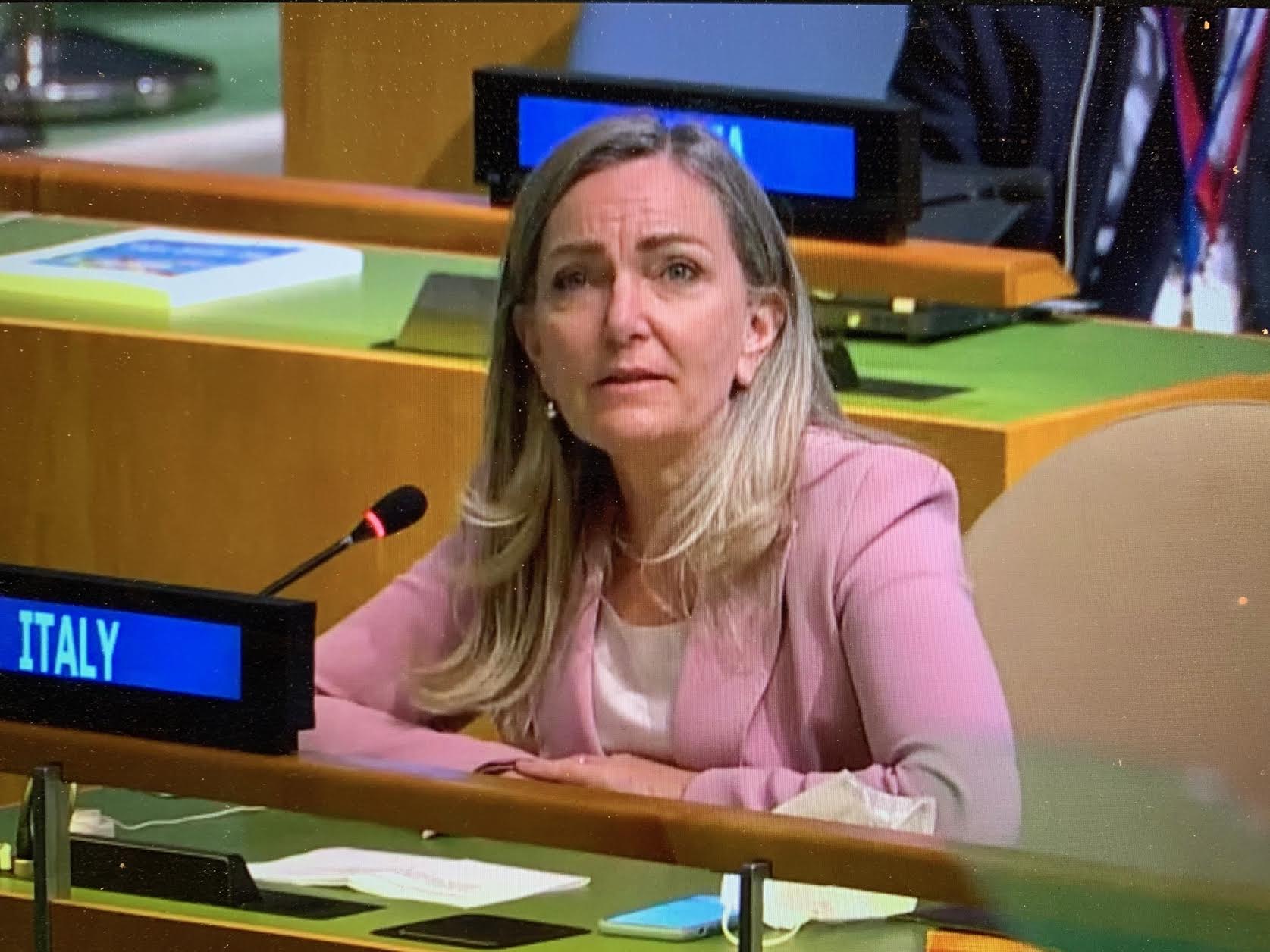 “The great vision that led to the San Francisco Charter and to the aim of having ‘no more war between peoples’ is more relevant than ever, said Mattarella, adding that “the Italian Republic is proud to have provided its contribution, in accordance with the values of its Constitution”.

Admission to the UN was a milestone for Italy in 1955. Over the decades, the organization has accompanied and sanctioned the independence of many countries that have become protagonists in the life of its system, said Mattarella, stressing that the UN “has been able to promote a deeper understanding among peoples, a mutual respect, thus distancing the logic of competition and affirming the principle of peaceful coexistence and cooperation. Think of the commitment of all of the world’s governments against the pandemic”.

Intolerance, underdevelopment, inequalities, climate change re today’s challenges: “Each generation has its trials. We have seen the reappearance of humanitarian crises that, in turn, provoke migratory crises; terrorism; a renewed arms race: they determine new tensions and challenge the trust between countries. Preventive diplomacy, as a way of avoiding conflicts, is the way forward. The UN must be able to take on and manage the necessary peace initiatives”, said Mattarella in his message with an eye to the future: “Fifty years after the conference in New York that brought together an assembly of the world’s youth to discuss their future, the world we intend to entrust to the new generations must be better than the one we have inherited”. (@OnuItalia)

UNGA75: Del Re, Italy is working tirelessly to support R2P