The objective of the meeting was to exchange views on the role of international cooperation in science and increased investment in the context of COVID-19. The key issue of open science, for which UNESCO has been working on an International Recommendation since November 2019, was a major topic of discussion.

“The COVID-19 pandemic raises our awareness of the importance of science, both in research and international cooperation. The present crisis also demonstrates the urgency of stepping up information sharing through open science. The time has come for us to commit all together,” the Director-General declared.

According to Ms. Swaminathan, Chief Scientist at WHO, “collaboration is really critical for knowledge and data sharing as well as in advancing COVID-19 research. At a time when trade and transport barriers are impeding the movement of critical materials, it is important to underline that science be allowed to lead the global response to this pandemic.”

Ms. Anyang Agbor of the African Union stressed that “Africa needs a stronger research enterprise that mobilizes academia, and the public and private sectors. The African Union, at the end of 2019, acknowledged Open Science as a game changer in addressing inequalities.”

The international scientific community has been mobilized around the emergency for several weeks, notably by sharing and making universally available the results of research and an unprecedented reform of their working methods (major scientific journals have made content regarding the virus accessible to all, more than 1,000 research articles have been published in open access in response to WHO’s appeal, international research consortiums were established in a matter of days allowing for rapid progress including the sequencing of the virus’s DNA over just a few weeks).

“We all depend on science to survive”, concluded Marcos Pontes, Minister of Science, Technology, Innovation and Communication from Brazil. (@OnuItalia) 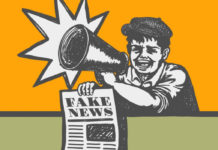 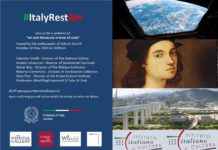 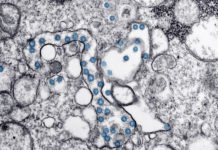 Who Will Write Our History? by Roberta Grossman screened in Italy...