NEW YORK, OCTOBER 3RD- Italy -as in previous years- will present a resolution for the prevention of crime and penal justice at the Third Commission of the General Assembly. “Our negotiations will have as their focus the need to fight, through stronger international cooperation, illegal financial fluxes, the connections between organized crime and terrorism, and the criminal use of new digital technologies,” said Ambassador Stefano Stefanile, Deputy Permanent Representative of Italy, who today intervened during the Commission’s segment dedicated to fighting crime.

The High-level week of the 74th General Assembly has concluded, and at the United Nations are now unraveling the sessions of the various Assembly Commissions. Italy will actively and thoroughly participate at sessions discussing issues of national priority, like the fight against organized crime. The Third Commissions concerns itself with human rights.

“We firmly believe that fighting these criminal phenomena requires continued support for the Convention of Palermo and its Protocols, and a strong collaboration between Central Authorities and Specialized Agencies,” said the Ambassador. Stefanile observed how Italy’s action in this area adheres to the context of its efforts towards the achievement of the Sustainable Development Goal 16, dedicated to “Peace, justice and solid institutions”. Italy -which actively contributes to the work of the High-level Political Forum on the 2030- will continue to advance efforts for a culture of legality, access to justice, respect of human rights and placing a greater attention on the rights of the most vulnerable victims. 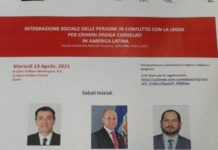 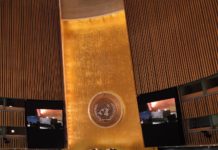 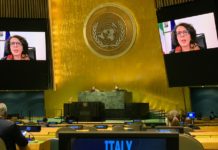