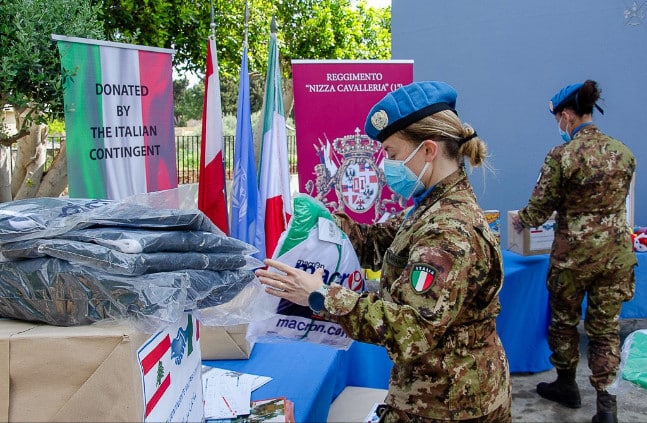 TYRE, MAY 14 – Families and children of southern Lebanon received clothing and toys from ITALBATT, the maneuvering unit of UNIFIL’s Italian contingent, currently composed by soldiers of the Regiment “Nizza Cavalleria” (1st) of Bellinzago Novarese. As a demonstration of solidarity with the area’s civilian population, ITALBATT delivered the materials to highly accredited voluntary associations present in the area of Tyre, including the Red Cross, the Social Development Center of Alma Ash Sha’b, and “Amel.” 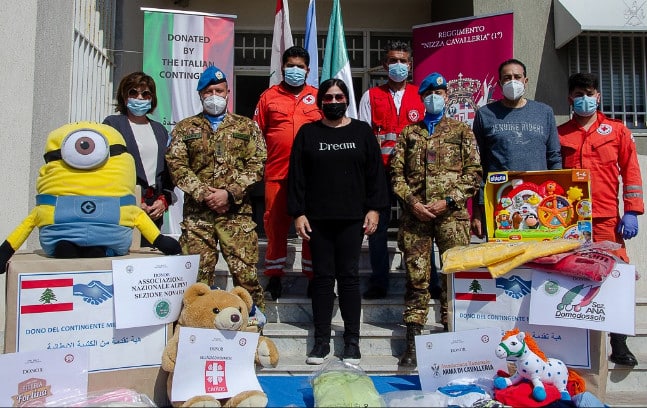 Local authorities as well as the Head of ITALBATT, Colonel Paolo Scimone, attended the delivery ceremony. These efforts were made possible by the solidarity and collaboration shown by key organizations in the Novara and Modena area, as they sought to actively support the Regiment’s initiatives in southern Lebanon.

The coordination of the CIMIC (Civil-Military Cooperation) cell of the Regiment has allowed for the storage, transportation, and subsequent distribution of materials.

Support for the local population is one of the three pillars of United Nations Security Council Resolution 1701; this value goes hand in hand with controlling the cease-fire of hostilities in southern Lebanon and maintaining cooperation with the Lebanese Armed Forces. Such fundamental tasks have become even more crucial due to the accelerating economic crisis in Lebanon, which reached its worst levels since the 1975-1990 civil war, with more than half the local population now living in poverty. (@BrittanyBryantF)

Stefanile: Italy is determined to fight corruption in sport