VIENNA, FEBRUARY 17 – With a presentation titled “#buildbackbetter: Space technology for economic development”, Simonetta Di Pippo, the Italian Director of UN Office for Outer Space Affairs (UNOOSA), will dive into how space data, technology and applications can be a transformative force for economy, based on the initial findings of the Space Economy Initiative.

The conversation will be hosted by the Atlantic International Research Centre (AirCentre), an international collaborative framework to address global challenges and local priorities in the Atlantic Ocean. The Centre promotes an integrative approach to space, climate, ocean and energy in the Atlantic, supported by emerging technological innovations and advances in data science, and through South-North and North-South cooperation.

The year 2020 saw the launch of the Space Economy Initiative, a new UN platform under the United Nations Office of Outer Space Affairs (UNOOSA) tasked to bring emerging and non-space faring countries together to strengthen their space economies. The Initiative leverages in-house expertise and peer-to-peer exchange with established space-faring nations to share insights, casestudies, and good practices on how to grow strong, dynamic, and sustainable space economies.

Simonetta Di Pippo is Director of UN Office for Outer Space Affairs (UNOOSA), a position which sees her lead the Office’s strategic, policy and programmatic activities and advising the UN Secretary-General on space affairs. Prior to joining UNOOSA, she served as Director of Human Spaceflight at the European Space Agency, and previously also as Director of the Observation of the Universe at the Italian National Space Agency, ASI. She is an Academician of IAA and a member of WEF Global Future Council on Space Technologies since 2016 and its co-chair since 2020. She co-founded Women in Aerospace Europe in 2009 and in 2017 became a UN International Gender Champion.

She holds a Master’s Degree in Astrophysics and Space Physics from University “La Sapienza”, and Honoris Causa Degree in Environmental Studies, and an Honoris Causa Degree of Doctor in International Affairs. Ms. Di Pippo was knighted by the President of the Italian Republic in 2006 and, in 2008, the International Astronomical Union assigned the name “dipippo” to asteroid 21887 in recognition of her efforts in space exploration. She was also featured in a publication HERstory: A Celebration of Leading Women in the United Nations, a tribute to women’s participation in the development of the UN. Among other awards, she was awarded the Hubert Curien Award in 2018 as the first woman laureate. (@OnuItalia) 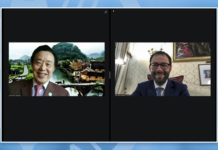 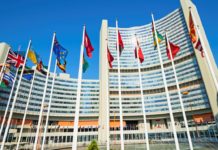