NAIROBI, 18 AUGUST – Some of the biggest names in video game industries – with a combined active user base of 250 million players – unveiled a series of environmental activations they will be integrating into live games such as Subway Surfers, Angry Birds 2 and Golf Clash. During the first ever Green Mobile Game Jam, which took place from March to April 2020 at the height of the COVID-19 pandemic, developers and CEOs from 11 companies committed to integrate these green activations such as new modes, maps or buildings, themed events, storylines and messaging.

The UNEP-facilitated Playing for the Planet Alliance supported the Green Mobile Game Jam, whose organisers hope that the shared learning and new practice, represents a new turning point for green thinking in game design for mass audience mobile games.
”We are excited to see the gaming industry throw its weight behind global efforts to reverse the climate crisis,” said Inger Andersen Executive Director of UNEP. ”The climate emergency needs all hands on deck. In reaching out to 250 million gamers, we hope to inspire audiences to take action”.
John Earner, CEO of Space Ape who helped oversee the Jam said, ”I was skeptical whether we could pull it off, especially during lockdown, but it was really inspiring to see companies who are normally very competitive come together and deliver some really great work. I see a huge amount of potential here for our industry and player communities going forward”.
The results of the jam, activation designs and timelines for implementation can be seen on this Green Game Jam page with activations from:
• MAG Interactive will be running awareness and tree-planting themed events in their games WordBrain and WordBrain2.
• Sybo will be launching a world tour stop in Subway Surfers which will ask their community to take action on the frontlines of the climate crisis. 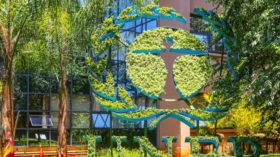 • Space Ape will be educating and engaging players about the benefits of renewable energy through their game Transformers: Earth Wars.
• WildWorks has introduced new renewable energy choices such as solar and wind power that reward players with special eco-credits and unlocks in the Animal Jam.
• Playdemic will be seeking to educate and activate millions of mobile gamers in their game Golf Clash.
• Fingersoft will be adding recharge stations with solar panels in Hill Climb Racing 2.
• Rovio will be hosting two in-game events in Angry Birds 2 around the theme of reforestation and will share links with players where they can learn more about reforestation efforts and how they can contribute.
• Pixelberry will design a new book in Choices that will see two sisters raising awareness about climate change while their family’s fishing business is affected by a major fish die-off.
• Creative mobile will be restoring biodiversity through special events to fundraise for the Wolf Conservation Trust in their game Zoocraft: Animal Family.
• Future Games of London are shining a light on melting polar ice with a new game update in Hungry Shark World; Arctic Extinction.
• GameDuell will be providing the Belote.com players with practical information about sustainability that they can use in their daily life.
The participants of the jam were asked to address themes ranging from climate change, supporting action around reforestation and restoring nature to exploring how games can integrate education on renewable energy. Green Game Jam participants voted Playdemic as ‘Overall Winner’, MAG Interactive as ‘Most Adoptable’ for their collaboration with TreesPlease and Creative Mobile as ‘First to Market’. Wildworks emerged as ‘UNEP favourite’. 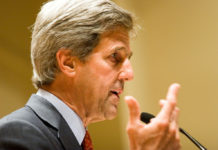 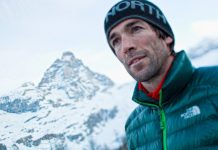