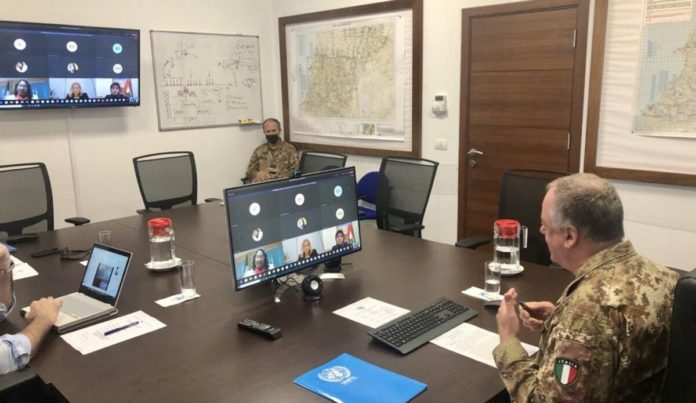 NAQOURA, NOVEMBER 2 – UNIFIL today commemorated the 20th anniversary of the adoption of the landmark UN Security Council resolution 1325 on women, peace and security with a virtual panel discussion with prominent women leaders of Lebanon.

“They help improve all aspects of our operations and performance; they ensure better access to local communities; they prevent and reduce conflict and confrontation; and they serve as role models for their peers and others,” said the UNIFIL head.

Although the number of women in UN peacekeeping operations remains very low, Maj. Gen. Del Col added, they have increased significantly in the past five years. “Amongst civilian staff, in the last year, UNIFIL achieved gender parity in three staff levels and made progress at all levels,” he said.

Maj. Gen. Del Col emphasized UNIFIL support to Lebanon in the establishment of its first National Action Plan for the implementation of the resolution 1325, which reaffirms the important role of women in the prevention and resolution of conflicts, peace negotiations, peace-building, peacekeeping, humanitarian response and in post-conflict reconstruction.

Maj. Gen. Del Col also stressed that, during the past year, more than 15 per cent of the UNIFIL budget allocated for community assistance was spent in projects related to women, peace and security.

Adopted on 31 October 2000, Resolution 1325 stresses the importance of women’s equal participation and full involvement in all efforts for the maintenance and promotion of peace and security. The resolution has been followed by nine other resolutions aimed at supporting its implementation, and they collectively form the Women, Peace, and Security (WPS) Agenda.

Moderated by UNIFIL Deputy Head of Mission, Jack Christofides, and hosted by the Mission’s Gender Advisor, Dr. Afaf Omer, the panel discussion titled ‘Twenty years of UNSCR 1325: Success and Challenges in Lebanon’ included as speakers the President of the Women and Children Committee of the Lebanese Parliament, Dr. Inaya Ezzeddine, the President of the National Commission for Lebanese Women, Claudine Aoun, and the MENA Representative of the UN High Commissioner for Human Rights, Roueida Al Hage.  (@OnuItalia) 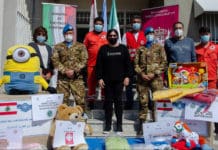 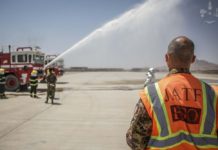 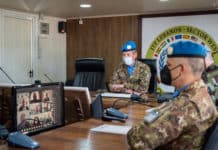