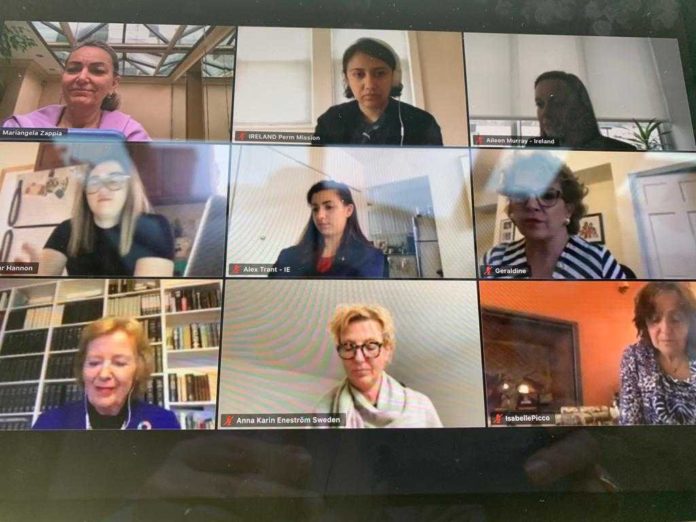 NEW YORK, APRIL 29 – Women Permanent Representatives to the UN, including Italy’s Ambassador Mariangela Zappia, today shared views with Mary Robinson, former President of Ireland and the chair of The Elders, on the global challenges of the post-COVID-19 world and the role of women in decision making. The meeting, held in videoconference, served to stress the importance of gender equality to build a more resilient and sustainable world.

The Elders are an independent group of global leaders working together for peace, justice and human rights. Founded by Nelson Mandela in 2007 the panel share the vision of a world where people live in peace, conscious of their common humanity and their shared responsibilities for each other, for the planet and for future generations.

Working both publicly and through private diplomacy, its members engage with global leaders and civil society at all levels to resolve conflict and address its root causes, to challenge injustice, and to promote ethical leadership and good governance. Besides having been the first woman President of Ireland (“I was elected by the women of Ireland, who instead of rocking the cradle, rocked the system”, she said once, Robinson worked for the United Nations in Geneva as UN High Commissioner for Human Rights. (@OnuItalia)

COVID-19: UN ‘remains open for business’, determined to deliver for the...